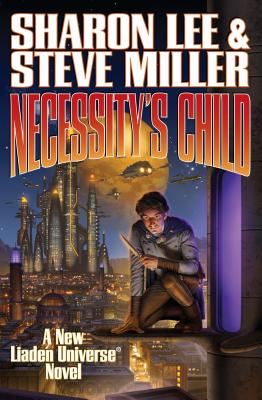 #16 in the popular and exciting science fiction Liaden Universe®. A man without a past caught between powerful Clan Korval and secretive kompani.

Stirring SF adventure from master storytellers Sharon Lee and Steve Miller—#16 in the award-winning Liaden Universe® saga. Space ships, action, adventure—all tied together with a strong dollop of romance and clan intrigue – make this a compelling series for a wide range of readers, from romance to military SF lovers.

The kompani sees none as an enemy, and yet few as friend. The kompani exists in many places, living quietly in the shadows, thriving off the bounty that others have no wit to secure, nor skill to defend. Their private history is unwritten; their recall rooted in dance and dream.

The humans of Clan Korval is in many ways the opposite of the kompani. The interstellar trading clan is wealthy in enemies, fortunate in friends. Korval protects itself with vigor, and teaches even its youngest children the art of war.

And when representatives of Clan Korval arrive on the planet Surebleak where the kompani has lived secret and aloof, it seems to the kompani that they are borne by the very winds of change.

Change can be a boon for in change lies opportunity. But the arrival of Clan Korval, establishing itself upon Surebleak with its friends, its enemies, and, most of all, its plans may bring catastrophe, changing the culture and the kompani, forever.

In this time of change, the lives of three people intersect -- Kezzi, apprentice to the kompani's grandmother; Syl Vor, Clan Korval's youngest warrior; and Rys, a man without a world, or a past.