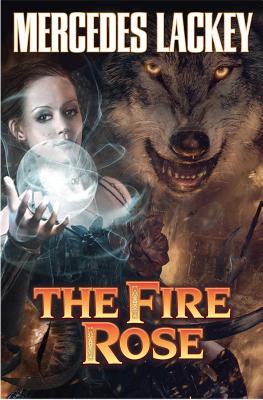 Beauty and the Beast in a contemporary urban fantasy setting.

Accepting employment as a governess after hard times hit her family, medieval scholar Rosalind Hawkins is surprised when she learns that her mysterious employer has no children, no wife, and she is not to meet with him face to face. Instead, her duties are to read to him, through a speaking tube, from ancient manuscripts in obscure, nearly forgotten dialects.

A requirement for the job was skill in translating medieval French, and she now understands the reason for that requirement, and assumes her unseen employer’s interest in the descriptions of medieval spells and sorcery is that of an eccentric antiquary. What she does not realize is that his interest is anything but academic. He has a terrible secret and is desperately searching for something that can reverse the effects of the misfired spell which created his predicament.

About Mercedes Lackey
"She'll keep you up past your bedtime."--Stephen King

Mercedes Lackey is a New York Times best-selling author with over 3 million books in print.  She's the creator of the Bardic Voices series, including Fiddler Fair, and the Serrated Edge series (both Baen), the Heralds of Valdemar series, and many more. Among her popular Baen titles are The Fire Rose, The Lark and the Wren, and The Shadow of the Lion, and Burdens of the Dead (with Eric Flint and Dave Freer).  She is also the creator and principal author of the meta-hero shared wrold Secret World Chronicles, also from Baen. She lives in Oklahoma.
Loading...
or
Not Currently Available for Direct Purchase