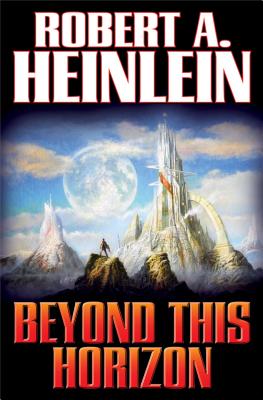 Classic Heinlein. Short-sighted utopians in a futurist society recruit a disaffected superior man, and get far more than they bargain for. With an all new afterword by Tony Daniel. Utopia has been achieved. For centuries, disease, hunger, poverty and war have been things found only in the histories. And applied genetics has given men and women the bodies of athletes and a lifespan of over a century. They should all have been very happy.... But Hamilton Felix is bored. And he is the culmination of a star line; each of his last thirty ancestors chosen for superior genes. Hamilton is, as far as genetics can produce one, the ultimate man. And this ultimate man can see no reason why the human race should survive, and has no intention of continuing the pointless comedy. However, Hamilton's life is about to become less boring. A secret cabal of revolutionaries who find utopia not just boring, but desperately in need of leaders who know just What Needs to be Done, are planning to revolt and put themselves in charge. Knowing of Hamilton's disenchantment with the modern world, they have recruited him to join their Glorious Revolution. Big mistake The revolutionaries are about to find out that recruiting a superman is definitely not a good idea....

Robert A Heinlein is considered one of the Big Three of classic science fiction (along with Isaac Asimov and Arthur C. Clarke). Heinlein is a seven-time Hugo Award recipient and was given the first Grand Master Nebula Award for lifetime achievement. Heinlein's juveniles alone have influenced generations of scientists, engineers and creators the world over (for instance, it was once estimated that everyone in the Apollo 11 mission control room had read and loved at least one Heinlein novel). His worldwide bestsellers include Have Space Suit--Will Travel, Stranger in a Strange Land, Starship Troopers, Time Enough for Love, and The Moon Is a Harsh Mistress.
Loading...
or
Not Currently Available for Direct Purchase