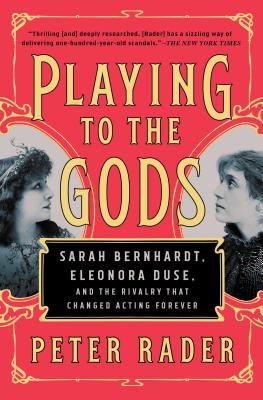 A scandalous, enormously entertaining history full of high drama and low blows, Playing to the Gods is the perfect “book for all of us who binge-watched Feud” (Daniel de Visé, author of Andy & Don: The Making of a Friendship and a Classic American TV Show).

Peter Rader is a writer, director, producer, cinematographer, and editor who has worked for Hollywood’s leading film and television studios over a career spanning three decades. The author of Playing to the Gods and Mike Wallace: A Life, he has mentored writers and taught classes and workshops at the Los Angeles Film School, the California State University system, and Harvard University. He lives in Los Angeles with his wife and two sons.
Loading...
or
Not Currently Available for Direct Purchase