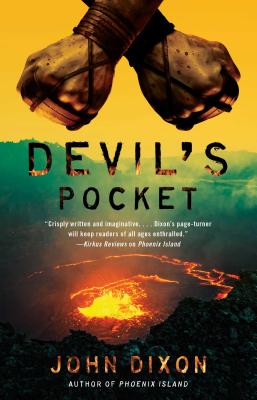 The follow-up to the critically acclaimed Phoenix Island, which reads like “Lord of the Flies meets Wolverine and Cool Hand Luke” (F. Paul Wilson, creator of Repairman Jack) and inspired the CBS TV show Intelligence.

With a chip in his head and hundreds more throughout his body, sixteen-year-old Carl Freeman was turned from an orphan with impulse control issues into a super-soldier. Forced into the mercenary Phoenix Force group, he begins to fear he’ll never escape. Sent to a volcanic island to fight for them, he’ll compete in a combat tournament that awards teens with survival for merciless brutality. But just when all looks lost, he spies a friendly face…and possibly a way out.

In Stoker-winner Dixon’s adrenaline-infused sequel to 2014’s Phoenix Island, 16-year-old Carl Freeman, now a highly trained fighter implanted with body-enhancing microchips, is part of a three-man team representing Phoenix Island, which is ruled by the tyrannical Stark, in the Funeral Games, “an annual underground tournament held at an undisclosed location and hosted by the Few, a small group of enormously wealthy elitists who happen to love blood sport.” Each participant will fight four bouts in four days. The winner of each weight class will receive $10 million. The games turn out to be on an island called Devil’s Pocket, where Carl, who’s posing as a loyal Stark supporter, is startled to encounter Margarita Carbajal, whom he knew as Octavia, his love interest, in the previous book. Octavia and Carl join forces in a desperate attempt to destroy Stark and the Few. A former Golden Gloves boxer, Dixon combines futuristic technical advances with graphic fight scenes for a satisfying adventure thriller.
— Publishers Weekly

"Devil’s Pocket is the best kind of sequel, one that doesn’t just repeat the original, but boldly strikes out for exciting new territory—and conquers it! This makes The Hunger Games look like Chutes & Ladders."
— Peter Clines, bestselling author of The Fold and Ex-Heroes

"This action-packed novel (with YA crossover appeal) combines adventure with extreme violence and concerns a young boxer sent to a very special youth boot camp.... When things come to a head, Carl finds that all of his suspicions about the island prove even worse than he thought in this crisply written and imaginative effort. Dixon’s page-turner will keep readers of all ages enthralled. A fast-paced, exciting novel with the promise of future installments."
— Kirkus on Phoenix Island

"An unusual premise makes Dixon’s thriller debut a welcome series kickoff... the pacing and smooth prose will have suspense fans waiting for the next book, as well as the upcoming CBS adaptation, Intelligence."
— Publishers Weekly on Phoenix Island

"Filled with both menace and heart, Phoenix Island stands out in all the right ways."
— New York Times bestselling author Melissa Marr

“[Phoenix Island is] fast-paced and thoroughly engrossing – I could not put it down!”

“Mesmerizing and intense… [Dixon] bring[s] this story right off the pages and make[s] it a visual sensation that touches readers’ imaginations. All fans can hope for next is that these books will be added to a movie screen very, very soon.”
— Suspense Magazine

John Dixon is a former Golden Gloves boxer, youth services caseworker, prison tutor, and middle school English teacher. You can visit his blog at JohnDixonBooks.com.
Loading...
or
Not Currently Available for Direct Purchase