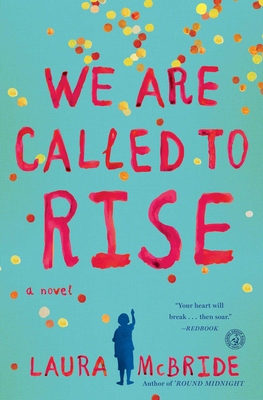 “Your heart will break…then soar” (Redbook) when, far from the neon lights of the Vegas strip, three lives collide in a split-second mistake and a child’s fate hangs in the balance.

Avis thought her marriage had hit a temporary rut. But with a single confession in the middle of the night, her carefully constructed life comes undone. After escaping a tumultuous childhood and raising a son, she now faces a future without the security of the home and family she has spent decades building.

Luis only wants to make the grandmother who raised him proud. As a soldier, he was on his way to being the man she taught him to be until he woke up in Walter Reed Hospital with vague and troubling memories of how he got there. Now he must find a new way to live a life of honor.

Every day, young Bashkim looks forward to the quiet order of school and the kind instruction of his third grade teacher. His family relocated to Las Vegas after fleeing political persecution in their homeland. Now their ice cream truck provides just enough extra income to keep them afloat. With his family under constant stress, Bashkim opens his heart to his pen pal, a US soldier.

When these lives come together in a single, shocking moment, each character is called upon to rise. “You’ll be thinking about these characters long after you finish this haunting, heart-wrenching, and hopeful book” (Houston Chronicle).

"With new books from Stephen King, Hilary Clinton and Lee Child, there will be plenty of competition for beach reading tis summer, but the hot season's most intriguing new release might just be the debut novel by 53-year-old Laura McBride."
— AARP.com

The consequences of war at home, and the possibility of community in our most atomized places, form the heart of a novel that's by turns hopeful and tragic, but never maudlin."
— Vulture

"A haunting meditation on the aftermath of war and the search for inner peace."
— San Jose Mercury News

Laura McBride lives in Las Vegas and teaches composition at the College of Southern Nevada. She is the author of the novels We Are Called to Rise and In the Midnight Room.
Loading...
or support indie stores by buying on