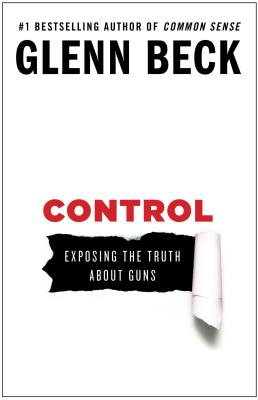 Exposing the Truth About Guns (The Control Series #1)

Glenn Beck, the New York Times bestselling author of The Great Reset, makes a passionate, fact-based case for guns that reveals why gun control isn’t really about controlling guns at all; it’s about controlling us.

When our founding fathers secured the Constitutional “right of the people to keep and bear arms,” they also added the admonition that this right SHALL NOT BE INFRINGED.

It is the only time this phrase appears in the Bill of Rights. So why aren’t more people listening?

History has proven that guns are essential to self-defense and liberty—but tragedy is a powerful force and has led many to believe that guns are the enemy, that the Second Amendment is outdated, and that more restrictions or outright bans on firearms will somehow solve everything.

In Control, Glenn Beck takes on and debunks the common myths and outright lies that are often used to vilify guns and demean their owners:

The Second Amendment is ABOUT MUSKETS...GUN CONTROL WORKS in other countries...40 percent of all guns are sold without BACKGROUND CHECKS...More GUNS MEAN more MURDER...Mass shootings are becoming more common...These awful MASSACRES ARE UNIQUE TO AMERICA...No CIVILIAN needs a “weapon of war” like the AR-15...ARMED GUARDS in schools do nothing, just look at Columbine...Stop FEARMONGERING, no one is talking about TAKING YOUR GUNS AWAY.
Backed by hundreds of sources, this handbook gives everyone who cares about the Second Amendment the indisputable facts they need to reclaim the debate, defeat the fear, and take back their natural rights.

Glenn Beck, the nationally syndicated radio host and founder of TheBlaze television network, has written thirteen #1 bestselling books and is one of the few authors in history to have had #1 national bestsellers in the fiction, nonfiction, self-help, and children’s picture book genres. His recent fiction works include the thrillers Agenda 21, The Overton Window, and its sequel, The Eye of Moloch; his many nonfiction titles include The Great Reset, Conform, Miracles and Massacres, Control, and Being George Washington. For more information about Glenn Beck, his books, and TheBlaze television network, visit GlennBeck.com and TheBlaze.com.
Loading...
or
Not Currently Available for Direct Purchase