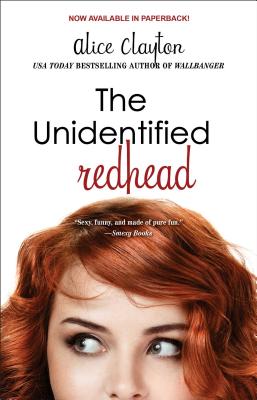 The Unidentified Redhead (The Redhead Series #1)

Grace Sheridan is back. Ten years after discovering that looks and talent are a dime a dozen in Los Angeles, she’s wriggling into a pair of badass jeans and ready to show the film industry that there’s way more to her than just a head of gorgeous red curls. And Hollywood’s newest Brit super-hunk Jack Hamilton certainly sees a lot to like. Grace is trying to restrain herself from jumping a man who is nearly a decade her junior, but Jack is making it clear that he personally has zero problems with that idea.

While Grace and Jack are still swapping innuendo-loaded quips and text sex though, the paparazzi have caught up with them, headlining the “unidentified redhead” who’s been photographed trysting at a restaurant with the heartthrob of the year. Now Grace is in stuck in a double bind. She’s head over heels in lust with Jack, but there’s her own career to think of as well. A sizzling romance with the newest “it” boy may garner her industry attention . . . but is it the kind of attention she’s always dreamed of?

Alice Clayton worked in the cosmetics industry for over a decade before picking up a pen (read: laptop). She enjoys gardening but not weeding, baking but not cleaning up, and finally convinced her long-time boyfriend to marry her. And she finally got her Bernese Mountain Dog.
Loading...
or support indie stores by buying on