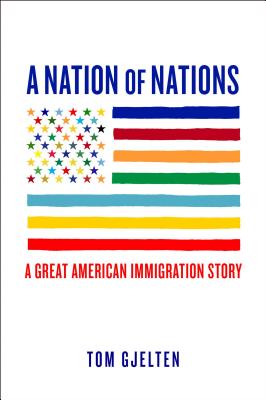 The dramatic and compelling story of the transformation of America during the last fifty years, told through a handful of families in one suburban county in Virginia that has been utterly changed by recent immigration.

In the fifty years since the 1965 Immigration and Nationality Act, the foreign-born population of the United States has tripled. Significantly, these immigrants are not coming from Europe, as was the case before 1965, but from all corners of the globe. Today non-European immigration is ninety percent of the total immigration to the US. Americans today are vastly more diverse than ever. They look different, speak different languages, practice different religions, eat different foods, and enjoy different cultures.

In 1950, Fairfax County, Virginia, was ninety percent white, ten percent African-American, with a little more than one hundred families who were “other.” Currently the African-American percentage of the population is about the same, but the Anglo white population is less than fifty percent, and there are families of Asian, African, Middle Eastern, and Latin American origin living all over the county. A Nation of Nations follows the lives of a few immigrants to Fairfax County over recent decades as they gradually “Americanize.” Hailing from Korea, Bolivia, and Libya, these families have stories that illustrate common immigrant themes: friction, between minorities, economic competition and entrepreneurship, and racial and cultural stereotyping.

It’s been half a century since the 1965 Immigration and Nationality Act changed the landscape of America, and no book has assessed the impact or importance of this law as this one does, with its brilliant combination of personal stories and larger demographic and political issues.

Tom Gjelten is a veteran journalist and author of Sarajevo Daily: A City and Its Newspaper Under Siege and Bacardi and the Long Fight for Cuba: The Biography of a Cause. Over a thirty-year career as a correspondent for NPR News, he has covered wars in Central America, the Middle East, and the former Yugoslavia, as well as major national stories in the United States. His NPR reporting has won him two Overseas Press Club Awards, a George Polk Award, and a Robert F. Kennedy Journalism Award. He is a regular panelist on the PBS program Washington Week, a member of the Council on Foreign Relations, and a member of the Editorial Board at World Affairs Journal.
Loading...
or
Not Currently Available for Direct Purchase