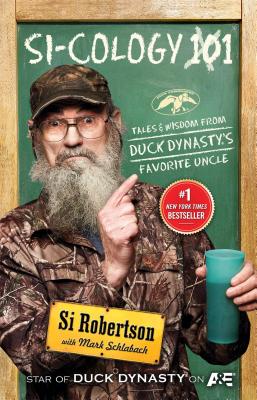 You know him from the hit A&E® show Duck Dynasty®—now you can enjoy Uncle Si’s tall tales, crazy exploits, and quirky one-liners in one raucous collection!

As you read this book, there are a few things you have to understand: 95 percent of my stories are truthful. Every member of the Robertson family has the God- given gift of storytelling. Hey, when you’ve sat in a duck blind for more than half of your life, you have to figure out some way to pass the time! It’s better than looking at Willie and Jase for six hours! Many of the stories I like to tell happened when I was a young boy or when I was in Vietnam. At my age, a few of the details are cloudy, but I’ll recollect the coming stories as best I can. Hey, just remember it isn’t a lie if you think it’s true! It’s up to you, the reader, to figure out what’s truth and what’s fiction. Best of luck with that, Jack! May the force be with you.

And if you know anything about Silas Merritt Robertson, you know I’m a hard rascal to figure out.

Si Robertson, one of the stars of A&E’s Duck Dynasty, has worked and hunted for Duck Commander since retiring from the United States Army in 1993. Before he became America’s favorite uncle through his appearances on Duck Dynasty, Si spent his time making all the reeds for the Duck Commander calls and working with Phil to prepare for the next duck season. Now he spends most of his time filming and traveling around the country doing events. But no matter how busy his life gets, he always makes time to sit in the blind with his buddies and hunt. Si lives in West Monroe, Louisiana, with his wife Christine. They have two grown children, Trassa and Scott, and eight grandsons.