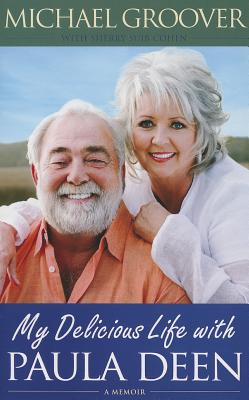 My Delicious Life with Paula Deen

• The highly visible “Mr. Paula Deen”: Michael Groover has his own adoring fans, who have gotten to know him from Paula’s shows, books, and personal appearances. Now, five years into their romantic marriage, fans are clamoring for more about Michael and his everyday life with Paula. Michael has his own line of coffees and is poised to have additional products released soon..

• A compelling life story: Michael will share stories of his life from before and after meeting Paula, from his quintessentially southern childhood to his work as a tugboat captain, raising his children as a single dad, to the pleasures and challenges of marrying one of the nation’s biggest celebrities. .

• Delicious recipes: Michael is pretty good in the kitchen himself, and My Delicious Life with Paula Deen will feature some of his favorites, such as Captain’s Deviled Crabs and Blue Water Banana Pudding. .

Michael Groover is a tugboat pilot in Savannah, Georgia, where he lives with his wife, Paula Deen.

Sherry Suib Cohen has written twenty-one books for major publishers and was a contributing editor at McCall's, Rosie, New Woman, and Lifetime magazines. She regularly writes for periodicals, including Parade, Family Circle, Redbook, Reader's Digest, and Ladies' Home Journal. Cohen is an award-winning member of the American Society of Journalists and Authors and lives with her husband, Larry, in New York City. She makes a great soup.
Loading...
or support indie stores by buying on