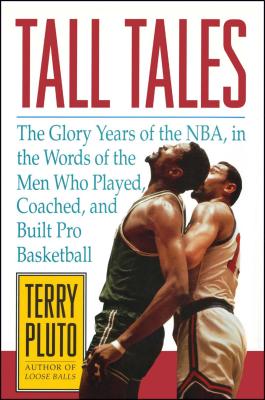 The Glory Years of the NBA, in the Words of the Men Who Played, Coached, and Built Pro Basketball

An history of the beginnings of the National Basketball Associations for true basketball fans.

Tall Tales in an oral history of the early days of the National Basketball Associations, when giants such as Wilt Chamberlain, Bill Russell, Maurice Stokes, Oscar Robertson, Bob Pettit, Lenny Wilkens, Hot Rod Hundley, Jerry West, and Elgin Baylor stalked the boards. When players sometimes had second jobs in the off-season. When teams were based in towns like Fort Wayne, Syracuse, and Rochester. If you consider yourself a true basketball fan, you need to know the sport’s roots. They’re all here, courtesy of Terry Pluto.

Terry Pluto is an award-winning sportswriter who writes primarily for The Plain Dealer. He was a sportswriter for the Akron Beacon Journal from 1985-2007. He has twice been nominated for a Pulitzer Prize and twice been honored by the Associated Press Sports Editors as the nation's top sports columnist for medium-sized newspapers. He is an eight-time winner of the Ohio Sports Writer of the Year award and has received more than fifty state and local writing awards. He is the author of twenty-one books, including The Curse of Rocky Colavito, Unguarded, and Loose Balls. He lives in Akron, Ohio.
Loading...
or support indie stores by buying on