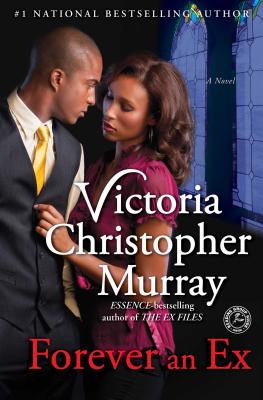 From the author of The Personal Librarian, three Los Angeles women who’ve helped each other overcome heartbreak are reunited eight years later when their troublesome exes come back into the picture in this follow up to Victoria Christopher Murray’s bestselling novel The Ex Files.

Sheridan, Kendall, and Asia first bonded when they met seven years ago at a church prayer support group and now, their friendship has blossomed into a strong sisterhood. They've helped each other through the tragedies of their breakups and together, they've celebrated their triumphs. But now, their exes are back, wreaking havoc on lives they've work so hard to rebuild.

Sheridan has found love again after her ex-husband left her for a man. But old wounds are reopened when her ex-husband appears with his fiancée—a woman! And all of Sheridan's insecurities and doubts come rushing back. Kendall's former husband is now married to Kendall's sister, Sabrina. And though Kendall has refused to interact with either one in the last seven years, she's forced to reunite with Sabrina when their father is diagnosed with cancer. Asia has done her best to move away from her married boyfriend, a former star with the LA Lakers. But when they share a kiss, old desires are rekindled and Asia decides that it's time for her and Bobby Johnson to get back together again.

With her trademark writing that “has the kind of momentum that prompts you to elbow disbelief aside and flip the pages in horrified enjoyment” (The Washington Post), Forever an Ex is Murray's best novel yet.

Victoria Christopher Murray is the author of more than twenty novels including: Greed; Envy; Lust; The Ex Files; Lady Jasmine; The Deal, the Dance, and the Devil; and Stand Your Ground, which was named a Library Journal Best Book of the Year. She is also the coauthor of the novel The Personal Librarian. Winner of nine African American Literary Awards for Fiction and Author of the Year (Female), Murray is also a four-time NAACP Image Award Nominee for Outstanding Fiction. She splits her time between Los Angeles and Washington, DC. Visit her website at VictoriaChristopherMurray.com.
Loading...
or
Not Currently Available for Direct Purchase