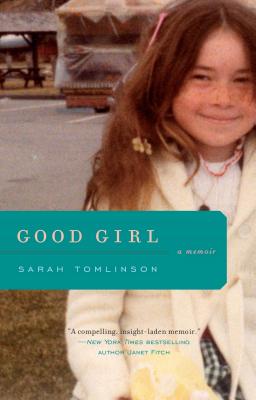 “Forthright, sensitive, and compelling” (Edan Lepucki, New York Times bestselling author of California), this heartrending memoir from journalist Sarah Tomlinson recounts her unconventional upbringing and coming-of-age as colored by her complicated relationship with her father.

“This emotionally resonant memoir offers an unflinching portrait of the impact a parent’s selfishness can have on a child.”
— Booklist

“Tomlinson’s writing is vivid; she must have kept very detailed journals throughout her life. Her writing is so easy to digest—I read Good Girl in just two sittings—that I have to believe that she recited her manuscript aloud before pressing ‘Send.’ Her deft style makes the story easy to absorb; it’s less like reading a book and more like listening to a friend confide in you.”
— Portland Press Herald