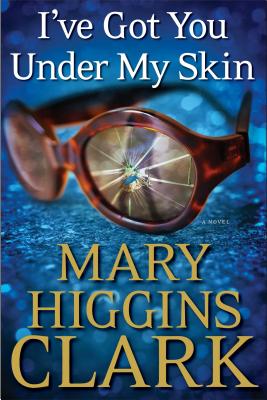 I've Got You Under My Skin (Hardcover)

In this suspenseful novel from the #1 New York Times bestselling author Mary Higgins Clark, a Manhattan ER doctor is brazenly murdered in front of his young son in a city playground. Five years later, his killer is still at large.

When Laurie Moran’s husband was brutally murdered, only three-year-old Timmy saw the face of his father’s killer. Five years later his piercing blue eyes still haunt Timmy’s dreams. Laurie is haunted by more—the killer’s threat to her son as he fled the scene: “Tell your mother she’s next, then it’s your turn . . .”

Now Laurie is dealing with murder again, this time as the producer of a true-crime, cold-case television show. The series will launch with the twenty-year-old unsolved murder of Betsy Powell. Betsy, a socialite, was found suffocated in her bed after a gala celebrating the graduation of her daughter and three friends. The sensational murder was news nationwide. Reopening the case in its lavish setting and with the cooperation of the surviving guests that night, Laurie is sure to have a hit on her hands. But when the estranged friends begin filming, it becomes clear each is hiding secrets . . . small and large.

And a pair of blue eyes is watching events unfold, too . . .

The #1 New York Times bestselling author Mary Higgins Clark has written thirty-seven suspense novels, four collections of short stories, a historical novel, a memoir, and two children’s books. With her daughter Carol Higgins Clark, she has coauthored five more suspense novels, and also wrote The Cinderella Murder, All Dressed in White, The Sleeping Beauty Killer, and Every Breath You Take with bestselling author Alafair Burke. More than one hundred million copies of her books are in print in the United States alone. Her books are international bestsellers.
or
Not Currently Available for Direct Purchase
Copyright © 2020 American Booksellers Association