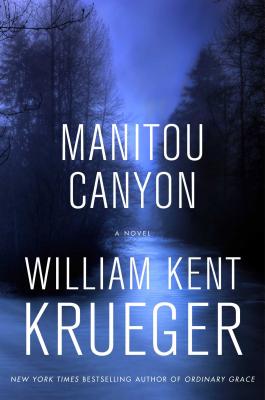 “One of today's automatic buy-today-read-tonight series...thoughtful but suspenseful, fast but lasting, contemporary but strangely timeless.” (Lee Child) In the extraordinary new Cork O’Connor thriller from New York Times bestselling and Edgar Award–winning author William Kent Krueger, the lives of hundreds of innocent people are at stake when Cork vanishes just days before his daughter’s wedding.

His concern comes to a head when a man camping in Minnesota’s Boundary Waters Canoe Area Wilderness goes missing. As the official search ends with no recovery in sight, Cork is asked by the man’s family to stay on the case. Although the wedding is fast approaching and the weather looks threatening, he accepts and returns to that vast wilderness on his own.

As the sky darkens and the days pass, Cork’s family anxiously awaits his return. Finally certain that something has gone terribly wrong, they fly by floatplane to the lake where the missing man was last seen. Locating Cork’s campsite, they find no sign of their father. They do find blood, however. A lot of it.

A taut, suspenseful thriller, Manitou Canyon features everything readers love in a Cork O’Connor novel: a dramatic Northwoods setting, an intriguing view of the Objibwe culture, an enigmatic crime, masterful storytelling, and more than a few surprises.

“The characters, story and plot will haunt you long after you’ve read the last page, but it's Krueger’s strong and sure descriptive prose that lingers the longest.”
— Bookreporter

“Krueger demonstrates his penchant and ability for finding deep, rich and new veins of stories from the seemingly inexhaustive mine of the rural and deceptively peaceful northern Minnesota and its surrounding environs."
— Bookreporter

“Krueger juggles a large cast of characters deftly and doles out clues to the mystery judiciously. More important, he recognizes the complexity of this place and its people.”
— Columbus Dispatch

“Krueger is skillful in many things — creating strong characters, building drama and conflict, braiding in Indian legend and spirituality, and spinning a good yarn — but sense of place may well be his forte.”
— Minneapolis Star Tribune