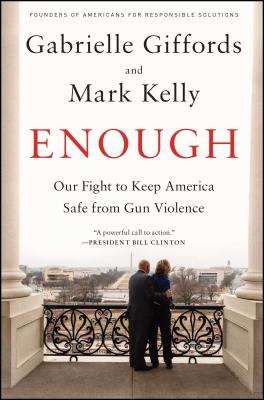 Our Fight to Keep America Safe from Gun Violence

As the book follows Gabby and Mark from the halls of Congress to communities across the country, it provides an intimate window into the recovery of one of our nation’s most inspiring public figures and reveals how she and her husband have taken on the role of co-advocates for one of the defining issues of our time.

Gabrielle Giffords is known across the country for her resilience in the face of violence, and for her consensus-building leadership in Congress. The youngest woman ever elected to the Arizona State Senate, Giffords served in the Arizona Legislature from 2000-2005 and in Congress from 2006-2012.

Mark Kelly is a retired astronaut and US Navy Captain. His picture book Mousetronaut, illustrated by C. F. Payne was a #1 New York Times bestseller. He flew his first of four missions in 2001 aboard Space Shuttle Endeavour, the same space shuttle that he commanded on its final flight in May 2011. In 2020 he will be running to represent Arizona in the United States Senate.
Loading...
or support indie stores by buying on