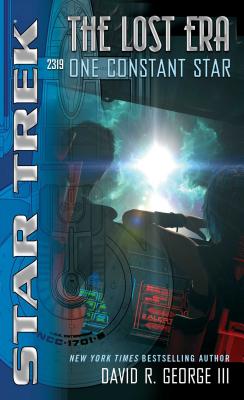 When Captain Demora Sulu leads the crew of U.S.S. Enterprise-B on a mission near Tzenkethi space, they explore Rejarris II, a mysterious planet. A strange structure on the surface could hold answers, but when a landing party transports down to study it, chaos erupts. After communication fails with one officer and another is horribly injured, Captain Sulu deems the planet too dangerous to continue exploring. She decides to leave Rejarris II, but not until she can retrieve her lost crew member. But when contact is ultimately severed with the captain, a Tzenkethi force subsequently appears. Could they be behind the mysteries on the planet, or the disappearances of the Enterprise officers? Regardless, will Sulu’s crew be able stand up to them long enough to find and retrieve their captain and the other missing personnel?