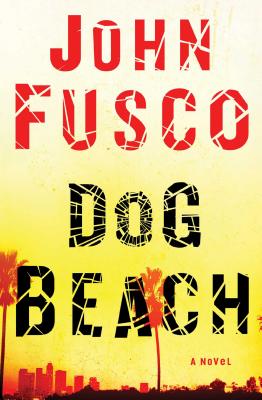 Leaving behind a successful career as a stunt double in Hong Kong to escape entanglements with the Chinese mafia, Louie Mo now makes his living in Los Angeles as a hired knee-breaker, putting fear into the hearts of people reneging on payments to investors.

Troy, an aspiring director with NYU credentials and encyclopedic movie knowledge, is beginning to realize that he’s made a deal with the devil by agreeing to direct a film for producer Avi Ghazaryan. When Avi’s sketchy investors hire Louie to scare Troy into finishing their movie, Troy’s reverence for film and keen eye save him from a beating when he recognizes Louie Mo as the stunt man extraordinaire he once was and begs Louie to take the lead role in the movie based on Troy’s own pet screenplay.

For Louie Mo, this chance at redemption might be his last. As his past catches up with him and his body becomes ever more broken down, he teams up with Troy in a race against the clock—and the bad guys—to pull off an impossible film of epic proportions.

John Fusco is the author of Paradise Salvage, which was shortlisted for the Crime Writers’ Association’s Dagger Award for Best First Crime Novel. He has written ten major motion pictures, including Young Guns, Hidalgo, and the Academy Award-nominated Spirit: Stallion of the Cimarron. Fusco is the creator of the Netflix Original Series Marco Polo and has also just written the long-awaited sequel to Crouching Tiger, Hidden Dragon. Most recently, he has adapted Paulo Coelho's The Alchemist for the Weinstein Company. He lives on a farm in Northern Vermont with his wife.

Praise For Dog Beach: A Novel…

“Both Louie and the novel are wise and gently humorous, tougher than they seem, and casual about their mastery of craft. What follows is a fine romp, with sex, drugs, murder, and car chases, but savvy readers will notice the underlying seriousness. And the insider stunt lore is priceless.”

"This is a poisonously funny Hollywood noir nightmare, smart and savage. I loved it."
— Warren Ellis, author of Red and Gun Machine

“I was always a big fan of Elmore Leonard, and now I’m a big fan of John Fusco. Dog Beach is a gem: A Hollywood novel by a guy who knows Hollywood. In this wonderful world of stuntmen and screenwriters, rising stars and falling producers, everyone is a step away from a blockbuster–if they can just stay alive to the final reel. Fast and funny and filled with surprises.”
— Chris Bohjalian
or
Not Currently Available for Direct Purchase
Copyright © 2020 American Booksellers Association