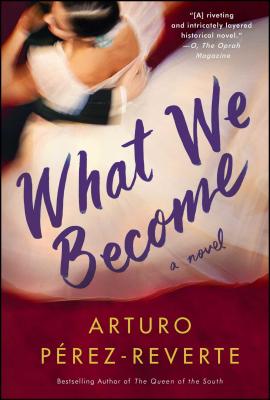 A mesmerizing tale of love and adventure, espionage and honor, What We Become is Arturo Pérez-Reverte at his finest, with elegant prose reminiscent of his beloved novel, The Club Dumas. Sweeping through time and across borders, What We Become proves that love, much like a great novel, is timeless and enduring.

Arturo Pérez-Reverte is the #1 internationally bestselling author of many critically acclaimed novels, including The Club Dumas, The Queen of the South, and The Siege, which won the International Dagger Award from the Crime Writers’ Association. A retired war journalist, he lives in Madrid and is a member of the Royal Spanish Academy. His books have been translated into more than forty languages and have been adapted to the big screen.
Loading...
or support indie stores by buying on