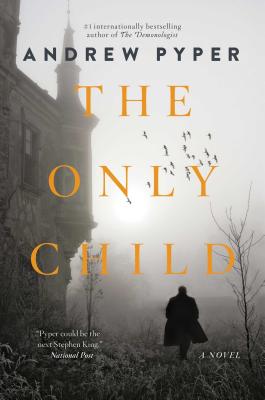 The #1 internationally bestselling author of The Demonologist radically reimagines the origins of gothic literature’s founding masterpieces—Frankenstein, Strange Case of Dr. Jekyll and Mr. Hyde, and Dracula—in a contemporary novel driven by relentless suspense and surprising emotion. This is the story of a man who may be the world’s one real-life monster, and the only woman who has a chance of finding him.

As a forensic psychiatrist at New York’s leading institution of its kind, Dr. Lily Dominick has evaluated the mental states of some of the country’s most dangerous psychotics. But the strangely compelling client she interviewed today—a man with no name, accused of the most twisted crime—struck her as somehow different from the others, despite the two impossible claims he made.

First, that he is more than two hundred years old and personally inspired Mary Shelley, Robert Louis Stevenson, and Bram Stoker in creating the three novels of the nineteenth century that define the monstrous in the modern imagination. Second, that he’s Lily’s father. To discover the truth—behind her client, her mother’s death, herself—Dr. Dominick must embark on a journey that will threaten her career, her sanity, and ultimately her life.

Fusing the page-turning tension of a first-rate thriller with a provocative take on where thrillers come from, The Only Child will keep you up until its last unforgettable revelation.

"Over the past few years, Andrew Pyper has become one of my favorite writers, consistently impressing me with his intelligent, darkly atmospheric, richly characterized novels. The Only Child is as much a psychological inquiry as it is an adrenaline-fueled thriller, layered with menace, mystery, and startling revelations that span centuries. A book that begs to be read in one sitting, with the doors locked, the lights low, and a sharp knife and a jug of holy water within reach, just in case."
— Benjamin Percy, author of The Dead Lands, Thrill Me, Red Moon and The Wilding

“A seductive gothic thriller for the modern age. Crafted with dark intrigue and cinematic drive, this mesmerizing journey into the heart of a monster is, at once, compelling, eerie and brilliantly satisfying.”
— Ami McKay, author of The Witches of New York

Andrew Pyper is the internationally bestselling author of ten previous novels, including The Demonologist, which won the International Thriller Writers award for Best Hardcover Novel, and The Killing Circle, which was selected a New York Times Best Crime Novel of the Year. He lives in Toronto. Visit AndrewPyper.com and follow him on Twitter @AndrewPyper.
Loading...
or
Not Currently Available for Direct Purchase