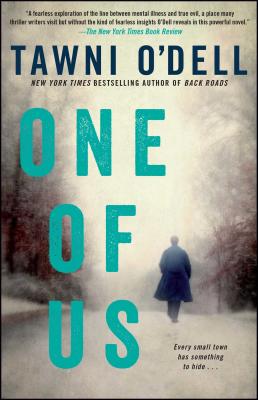 “A fearless exploration of the line between mental illness and true evil, a place many thriller writers visit but without the kind of fearless insights [Tawni] O’Dell reveals in this powerful novel” (The New York Times Book Review).

Returning to a hometown grappling with its own ghosts, Danny finds a dead body at the infamous Lost Creek gallows where a band of rebellious Irish miners was once executed. Strangely, the body is connected to the wealthy family responsible for the miners’ deaths. Teaming up with veteran detective Rafe, a father-like figure from his youth, Danny—in pursuit of a killer—comes dangerously close to startling truths about his family, his past, and himself.

“Twists and turns and family secrets abound in this tightly plotted thriller.”
— Booklist

“A well-written psychological thriller that will appeal to fans of Gillian Flynn and Daniel Woodrell. ”
— Library Journal

“A fearless exploration of the line between mental illness and true evil, a place many thriller writers visit but without the kind of fearless insights O’Dell reveals in this powerful novel.”
— The New York Times Book Review