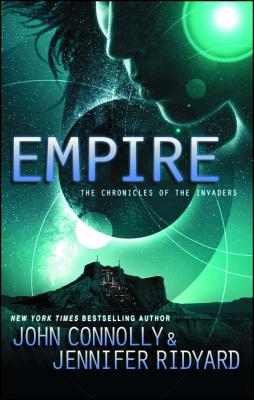 The Chronicles of the Invaders

With the fate of the world at stake, Syl and Paul battle the sinister forces of the Nairene Sisterhood in this second thrilling Chronicles of the Invaders novel from New York Times bestselling author John Connolly and Jennifer Ridyard that “should not be missed” (The Guardian).

The Illyri have conquered and occupied the Earth. The Resistance are nothing more than an annoyance to the alien race of superior technology and military strength. When caught, young rebels are forced to join the Brigades, sent to the edges of the growing Illyri Empire.

Paul Kerr is one such soldier—torn from his home and from his beloved Syl Hellais. She is the first alien child born on Earth, a creature possessed of unimaginable powers. Now Paul and Syl must endure the terrible exile that her race has deemed just punishment for their love. But the conquest of Earth is not all it seems. There is another species involved—the Others—and the Illyri will kill to keep its existence secret.

Light years from Earth and millions of miles apart, Paul and Syl must find a way to reveal the horrifying truth behind the Empire and save all that they hold dear from the hunger of the Others. Even at the cost of their own lives.

Jennifer Ridyard was born in England and grew up in South Africa, where she worked as a journalist for many years. Conquest and Empire are the first two novels in the Chronicles of the Invaders series with her partner, John Connolly, who she lives with in Dublin. Find Jennifer on Twitter @JennieRidyard. For more about this series, visit ChroniclesOfTheInvaders.com.

Praise For Empire: The Chronicles of the Invaders…

“I love science fiction, I love solid, real characters, I love adventure, and I love to be continually surprised. Conquest has all of this and more. Feeling fresh from beginning to end, and written with a torrential, captivating pace, I highly recommend this book!"
— James Dashner, NYT bestselling author of THE MAZE RUNNER

"Read the book. Strongly recommended for you and your offspring."
— BookReporter
or
Buy Here
Copyright © 2020 American Booksellers Association