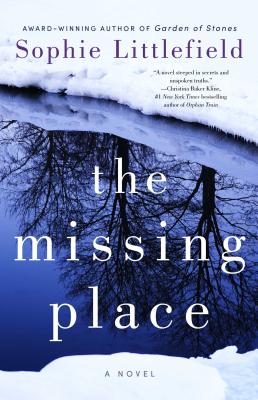 Set against the backdrop of North Dakota’s oil boom, two very different mothers form an uneasy alliance to find their missing sons in this heartrending and suspenseful novel from the Edgar Award–nominated author of Garden of Stones.

The booming North Dakota oil business is spawning “man camps,” shantytowns full of men hired to work on the rigs, in towns without enough housing to accommodate them. In such twilight spaces, it’s easy for a person to vanish. And when two young men in their first year on the job disappear without a trace, only their mothers believe there’s hope of finding them. Despite reassurances that the police are on the case, the two women think the oil company is covering up the disappearances—and maybe something more.

Colleen, used to her decorous life in a wealthy Massachusetts suburb, is determined to find her son. And hard-bitten Shay, from the wrong side of the California tracks, is the only person in town even willing to deal with her—because she’s on the same mission. Overtaxed by worry, exhaustion, and fear, these two unlikely partners question each other’s methods and motivations, but must work together against the town of strangers if they want any chance of finding their lost boys. But what they uncover could destroy them both...

Praise For The Missing Place…

"With two strong. complicated women at its center, Sophie Littlefield’s The Missing Place seizes you with its emotional fervor from its first pages and never lets you go. With intelligence and keen sensitivity, Littlefield draws us into a story, and a world—the North Dakota oil fields— that feels both utterly original and yet also so deeply our own. A remarkable novel."
— Megan Abbott

“A powerful portrait of grief, fear, and courage as two mothers fight for truth.”
— C.J. Lyons

“Taut and suspenseful, fierce and compelling—The Missing Place traces two mothers’ descents into the hell of searching for their lost children, and doesn’t let up until the last page is, breathtakingly, turned."
— Jennie Shortridge, author of LOVE WATER MEMORY

"A remarkable story of the unlikely friendship between two women desperately searching for their missing sons, told as only Sophie Littlefield can, with depth, humor, and honesty. Colleen and Shay are women I know; they are whom I see reflected in the mirror. And as they push forward, confronting the demons of their pasts and the horror of their present, I couldn’t help wanting to hold them back just as I urged them onward. THE MISSING PLACE is a compelling and perceptive examination of just how far a mother will go to save her child."
— Carla Buckley, author of THE DEEPEST SECRET and THE THINGS THAT KEEP US HERE

"I read this in one sitting, unable to leave the fray with the boys' lives at stake."
— Mark P. Sadler

Sophie Littlefield grew up in rural Missouri, the middle child of a professor and an artist. She has been writing stories since childhood. After taking a hiatus to raise her children, she sold her first book in 2008, and has since authored over a dozen novels in several genres. Sophie’s novels have won Anthony and RT Book Awards and been shortlisted for Edgar, Barry, Crimespree, Macavity, and Goodreads Choice Awards. In addition to women’s fiction, she writes the post-apocalyptic Aftertime series, the Stella Hardesty and Joe Bashir crime series, and thrillers for young adults. She is a past president of the San Francisco Romance Writers of America chapter. Sophie makes her home in northern California.
Loading...
or
Not Currently Available for Direct Purchase