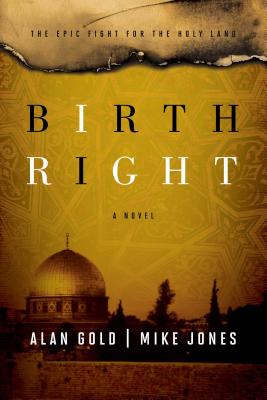 The dramatic fight for modern Jewish statehood forms the backdrop of this second book in the Heritage trilogy, a series of epic political thrillers set in Jerusalem.

Following Bloodline, in which Bilal and Yael raced to thwart a terrorist plot in modern-day Jerusalem, Book Two travels six decades into the past and introduces Yael’s grandparents: Shalman, a freedom fighter turned peacenik archaeologist, and his young, beautiful wife Judit, a refugee from the horrors of Stalin’s USSR. As WWII draws to a close and the truth about Hitler’s genocide emerges, the need for a permanent safe haven for the Jewish people takes on unprecedented urgency.

But the path to statehood is anything but clear. Throughout Palestine, Arab and Jewish forces battle each other and the British for supremacy in a nightmarish environment riddled with hatred and suspicion. A plot to fashion the fledgling Israeli nation as a puppet of the Soviet Union—undermining Israel’s future as an independent nation—rests upon a handful of committed Jewish Communists, led covertly by Judit. Meanwhile, in a parallel storyline going back to the darkest recesses of ancient history, Shalman’s ancestors flee the grisly Roman occupation of Jerusalem, witness the glories of the Islamic renaissance in Baghdad, and endure the rampages of the Crusaders.

Set in one of the most fraught regions in the world and spanning centuries, this pulse-pounding, timely thriller centers on a turning point in the inexorable conflict that still rages today.

Praise For Birthright: A Novel…

"Well-researched and enjoyable to read."
— Kirkus

"Building on the first book’s historical and contemporary themes, the novel is full of action, but it’s also full of compassion and contemplation. It’s a bit of a risky move, setting Bloodline’s sequel earlier in time and bringing in a new cast of characters, but it pays off. Readers will be eager to see where and when the authors go next."
— Booklist

Alan Gold is an internationally published and translated author of fifteen novels. He speaks regularly to national and international conferences on a range of subjects, most notably the recent growth of anti-Semitism.

Mike Jones is an award-winning writer and creative producer who works across a variety mediums including books, screen, digital & interactive media.
or support indie stores by buying on