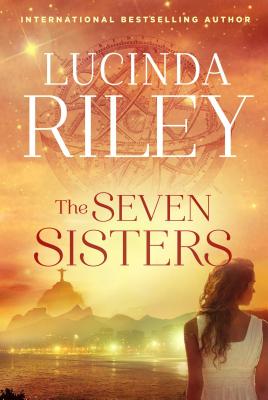 The first book in a major new series from the #1 internationally bestselling author Lucinda Riley.

Maia D’Apliese and her five sisters gather together at their childhood home, “Atlantis”—a fabulous, secluded castle situated on the shores of Lake Geneva—having been told that their beloved father, who adopted them all as babies, has died. Each of them is handed a tantalizing clue to her true heritage—a clue which takes Maia across the world to a crumbling mansion in Rio de Janeiro, Brazil. Once there, she begins to put together the pieces of her story and its beginnings.

Eighty years earlier in Rio’s Belle Epoque of the 1920s, Izabela Bonifacio’s father has aspirations for his daughter to marry into the aristocracy. Meanwhile, architect Heitor da Silva Costa is devising plans for an enormous statue, to be called Christ the Redeemer, and will soon travel to Paris to find the right sculptor to complete his vision. Izabela—passionate and longing to see the world—convinces her father to allow her to accompany him and his family to Europe before she is married. There, at Paul Landowski’s studio and in the heady, vibrant cafes of Montparnasse, she meets ambitious young sculptor Laurent Brouilly, and knows at once that her life will never be the same again.

In this sweeping, epic tale of love and loss—the first in a unique, spellbinding series of seven novels—Lucinda Riley showcases her storytelling talent like never before.

Praise For The Seven Sisters: Book One…

"Riley has written another intricately plotted, compelling family saga, which presents historical and cultural attitudes of the time and place in which her characters live. Like the famous statue that brought the lovers together and hovers over Rio today, the story is elegantly sculpted and rich with history... the book will please fans of romance as well as historical fiction lovers."
— Library Journal

"A brilliant page-turner, soaked in glamour and romance."
— The Daily Mail

"Riley is a skilled storyteller of epic romances, intertwining established history with imagined backstories. An engrossing, sweeping tale, the first in a new series that explores the mythology behind the constellation, The Seven Sisters will appeal to fans of Kristin Hannah and Linda Gillard while leaving readers anxious to learn about the histories of the stars’ other namesakes."
— Booklist

"Lucinda Riley is one of the strongest authors in this genre of historical fiction. Her ability to weave stories together, using modern-day and historical settings, is top notch...This novel will appeal to readers of multiple genres as it contains excellent historical detail, heart-wrenching romance, and an engaging mystery."
— Historical Novel Society

"Riley launches her most ambitious andexciting writing project to date...…a labyrinth of seductive time-switchstories, the enchanting brand of novel writing which has made Riley one of thebest women’s fiction authors on the market… An epic start to an epic series."
— The Lancashire Evening Post

"A bit of a ghost story, a little romance, some historical fiction, and plenty of family drama mix into one wonderful story... A sure bet for fans of Lauren Willig, Kate Morton, or Maeve Binchy."
— Library Journal on The Midnight Rose

"An extraordinary story, a complex, deeply engaging tale filled with fascinating characters whose slowly revealed secrets carry readers to the very end. Spanning four generations and moving from the great palaces of India to the stately country home of an English lord, this is a sweeping tale of love lost and found."
— Booklist on The Midnight Rose

"A sweeping, poignant saga that will enthrall fans of The House at Riverton, Rebecca, and Downton Abbey."
— Shelf Awareness on The Orchid House