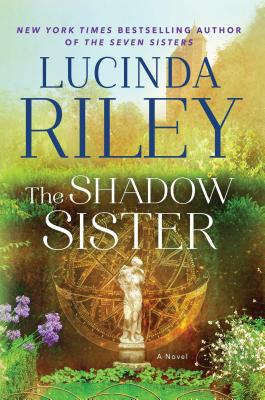 "Riley's engaging and mezmerizing story of self-discovery and love...can be perfectly read as a standalone. This book will appeal to readers of Edwardian novels and Jane Austen-style fiction." —Library Journal (starred review)

“[Lucinda Riley] is a master of plotting… This substantial book is a surprisingly quick and easy read, with engaging characters, a tantalizing glimpse of Edwardian society, and dual storylines that are inventive and intriguing.”—Historical Novel Society

In this spellbinding novel, two independent women—separated by a hundred years but linked by forces larger than themselves—discover the secrets of their birth in the spellbinding third book of an epic series by New York Times bestselling author Lucinda Riley.

Star D’Aplièse is at a crossroads in her life after the sudden death of her beloved father—the elusive billionaire, affectionately called Pa Salt by his six daughters, all adopted from across the four corners of the world. He has left each of them a clue to their true heritage, and Star’s clue leads her to an antiquarian bookshop in London, and the start of a new journey.

A hundred years earlier, headstrong and independent Flora MacNichol vows she will never marry. She is happy in her home in England’s picturesque Lake District—just a stone’s throw away from her childhood idol, Beatrix Potter. But when circumstances carry her to London, and into the home of one of Edwardian England’s most notorious society hostesses, Alice Keppel, she finds herself a pawn in a larger game; forced to choose between passionate love and duty to her family. That is, until a meeting with a mysterious gentleman reveals answers Flora has been searching for…

Star’s voyage of discovery takes her deep into Flora’s remarkable story, and into her own past. But the more she uncovers, the more Star begins to question herself, and her place in the world.

Ideal for fans of Downton Abbey and the historical fiction of Kate Morton and Kristin Hannah, The Shadow Sister is the “perfect curl-up-in-an-armchair read” (Daily Mail) for anyone who wants to travel through the lush English countryside and explore the lives and loves of the British aristocracy.

Praise For The Shadow Sister: Book Three (The Seven Sisters #3)…

Praise for THE SHADOW SISTER:

"Riley's engaging and mezmerizing story of self-discovery and love...can be perfectly read as a standalone. This book will appeal to readers of Edwardian novels and Jane Austen-style fiction."
— Library Journal (starred review)

"Set in the bucolic English countryside, this will appeal to fans of Kristin Hannah, Kate Morton, and Riley’s earlier novels."
— Booklist

“The author deftly weaves together two romances, 100 years apart but linked by the house at High Weald… The author is a master of plotting… This substantial book is a surprisingly quick and easy read, with engaging characters, a tantalizing glimpse of Edwardian society, and dual storylines that are inventive and intriguing.”
— Historical Novel Society

"The Shadow Sister really is Lucinda's best yet. The scope of this series is breathtaking and each book is more captivating than the last"
— Iona Grey, author of Letters to the Lost

"A deliciously twisting plot with clues cleverly paced along the way. I could hardly wait to solve the mystery of Star's origins. Thoroughly addictive storytelling with a moving, emotional heart."
— Dinah Jefferies, author of The Tea Planter’s Wife

"The Seven Sisters series is proving to be a remarkable reading phenomenon."
— Lancashire Post

Praise for THE STORM SISTER:

“The second installment of Riley’s sweeping series doesn’t disappoint, jumping from present-day Europe to nineteenth-century Norway and back again. Riley’s talent for blending current events with detailed backstories will intrigue historical-fiction readers, while fans of Kristin Hannah and Paulette Giles will appreciate the engrossing and introspective story of belonging, heartache, and acceptance.”

“This is the second in a series about glamorous adopted sisters brought up in a castle on Lake Geneva. Their mysterious benefactor, Pa Salt, has died unexpectedly (or has he?) and left them clues about their origins… A great page-turner, full of drama and romance.”
— Daily Mail

Praise for THE SEVEN SISTERS:

"Riley has written another intricately plotted, compelling family saga, which presents historical and cultural attitudes of the time and place in which her characters live. Like the famous statue that brought the lovers together and hovers over Rio today, the story is elegantly sculpted and rich with history... the book will please fans of romance as well as historical fiction lovers."
— Library Journal

"A brilliant page-turner, soaked in glamour and romance."
— The Daily Mail

"Riley is a skilled storyteller of epic romances, intertwining established history with imagined backstories. An engrossing, sweeping tale, the first in a new series that explores the mythology behind the constellation, The Seven Sisters will appeal to fans of Kristin Hannah and Linda Gillard while leaving readers anxious to learn about the histories of the stars’ other namesakes."
— Booklist

"Lucinda Riley is one of the strongest authors in this genre of historical fiction. Her ability to weave stories together, using modern-day and historical settings, is top notch...This novel will appeal to readers of multiple genres as it contains excellent historical detail, heart-wrenching romance, and an engaging mystery."
— Historical Novel Society

"Riley launches her most ambitious andexciting writing project to date...…a labyrinth of seductive time-switchstories, the enchanting brand of novel writing which has made Riley one of thebest women’s fiction authors on the market… An epic start to an epic series."
— The Lancashire Evening Post

Praise for THE MIDNIGHT ROSE:

"A bit of a ghost story, a little romance, some historical fiction, and plenty of family drama mix into one wonderful story... A sure bet for fans of Lauren Willig, Kate Morton, or Maeve Binchy."
— Library Journal

"An extraordinary story, a complex, deeply engaging tale filled with fascinating characters whose slowly revealed secrets carry readers to the very end. Spanning four generations and moving from the great palaces of India to the stately country home of an English lord, this is a sweeping tale of love lost and found."
— Booklist

Praise for THE ORCHID HOUSE:

"A sweeping, poignant saga that will enthrall fans of The House at Riverton, Rebecca, and Downton Abbey."
— Shelf Awareness

Praise for THE GIRL ON THE CLIFF:

"Tautly paced yet picturesque, The Girl on the Cliff is a compelling and romantic novel of recovery, redemption, new opportunities, and lost love."
— Booklist (Starred Review)