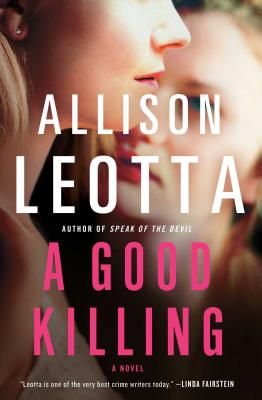 Former federal prosecutor and critically acclaimed author Allison Leotta’s spellbinding thriller follows prosecutor Anna Curtis as she heads home to Michigan to defend her sister in a case that will bring her to her knees.

How far would you go to save your sister?

Anna Curtis is back in her hometown just outside of Detroit. Newly single after calling off her wedding, Anna isn’t home to lick her wounds. She’s returned to support her sister, Jody, who has been wrongfully accused of murder after their old high school coach, a local hero, dies in a suspicious car crash.

But maybe Jody isn’t so innocent after all. The police are convinced that Jody was having an affair with the married coach and killed him out of jealousy. As Anna investigates with the help of her childhood friend Cooper Bolden, an Afghan War veteran with a secret of his own, she slowly peels back the facade of her all-American town and discovers that no one is telling the truth about the coach, not even the people she thought she knew best. When the town rallies against them, threatening not just Jody’s liberty but both sisters’ lives, Anna resolves to do everything she can to save her sister and defend the only family she has left.

In her best book yet, Leotta, “the female John Grisham” (The Providence Journal), explores the limits of vigilante justice, the bonds of sisterhood, and the price of the truth.

Praise For A Good Killing: A Novel (Anna Curtis Series #4)…

Praise for A GOOD KILLING

"This Summer's Best of the Best" books by O, The Oprah Magazine

"[Leotta is] a writer exceptionally well-informed about crimes against women. . . these are smart, tough-minded tales, well worth a look." --Patrick Anderson, The Washington Post

"Anna Curtis is one of my favorite fictional protagonists. . . . Leotta's a star, and this book has all the evidence to prove it." --Linda Fairstein

"A Good Killing is a mix of ‘Law and Order: SVU’ with a dash of John Grisham and romance. Like the best episodes of Law and Order, the main premise is ripped from the headlines. . . . Leotta knows her way around the courtroom in real life and doesn't avoid uncomfortable topics. Following Anna Curtis on the path to the truth is an enjoyable one.” --Associated Press

“A Good Killing builds to a dandy (and surprising) climax, part of it in the courtroom — and part of it at the coach’s murder.” --St. Louis Post-Dispatch

“Former prosecutor Leotta, who clearly knows her way around a courtroom, explores the bonds between women in this suspenseful tale with surprising twists and an ultimately satisfying conclusion.” --Booklist

"Leotta spins a delicious tale of suspense that will have readers hurrying to find out what happens but at the same time wanting to savor each page. This highly entertaining thriller shouldn’t be missed." --Library Journal (starred review
— )

"Leotta pens romantic suspense detailing street crime in a style that's as real as it gets."
— USA Today