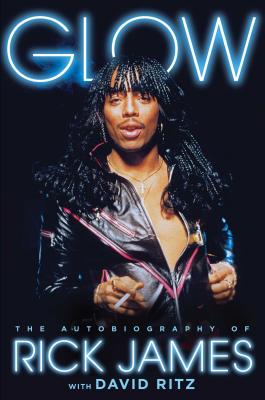 The Autobiography of Rick James

Best known for his 1980s hit songs “Super Freak,” “Give it to Me Baby,” and “Mary Jane,” the late singer and funk music pioneer Rick James collaborated with acclaimed music biographer David Ritz in this posthumously published, no-holds-barred memoir of a rock star’s life and soul.

He was the nephew of Temptations singer Melvin Franklin; a boy who watched and listened, mesmerized from underneath cocktail tables at the shows of Etta James and Miles Davis. He was a vagrant hippie who wandered to Toronto, where he ended up playing with Neil Young and Joni Mitchell, and he became a household name in the 1980s with his hit song “Super Freak.” Later in life, he was a bad boy who got caught up in drug smuggling and ended up in prison. But since his passing in August 2004, Rick James has remained a legendary icon whose name is nearly synonymous with funk music—and who popularized the genre, creating a lasting influence on pop artists from Prince to Jay-Z to Snoop Dogg, among countless others.

In Glow, Rick James and acclaimed music biographer David Ritz collaborated to write a no-holds-barred memoir about the boy and the man who became a music superstar in America’s disco age. It tells of James’s upbringing and how his mother introduced him to musical geniuses of the time. And it reveals details on many universally revered artists, from Marvin Gaye and Prince to Nash, Teena Marie, and Berry Gordy. James himself said, “My journey has taken me through hell and back. It’s all in my music—the parties, the pain, the oversized ego, the insane obsessions.” But despite his bad boy behavior, James was a tremendous talent and a unique, unforgettable human being. His “glow” was an overriding quality that one of his mentors saw in him—and one that will stay with this legendary figure who left an indelible mark on American popular music.

Rick James was an American singer, songwriter, musician, and record producer, best known for popularizing funk music in the late 1970s and early 1980s thanks to million-selling hits.

Praise For Glow: The Autobiography of Rick James…

“A raw and authentic accounting of Rick James' life and times.”

“A fast-paced memoir recounting his sex, drugs, and rock-n-roll exploits.”

Unflinching . . . . manages to temporarily separate the story of the monster from the story of Rick James, the way Marvel Comics occasionally pulls apart Bruce Banner and the Hulk.
— Alex Pappademas, Grantland

“An engrossing portrait of his life and career.”

“As close as we’ll ever get to the real thing.”
— Jeff Simon, The Buffalo News
or
Not Currently Available for Direct Purchase
Copyright © 2020 American Booksellers Association