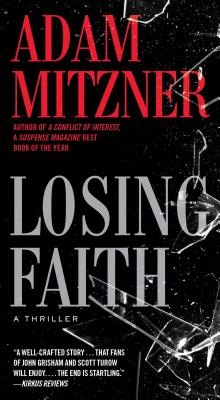 From the acclaimed author Publishers Weekly called “a gifted writer” comes this nail-biting legal thriller in the bestselling tradition of John Grisham and Scott Turow.

Aaron Littmann, the chairman of one of the country’s most prestigious law firms, has just been contacted by a high-profile defense attorney, whose client is Nikolai Garkov—a Russian businessman widely believed to have pulled the financial strings behind a recent terrorist bombing. Aaron suspects Garkov is looking to switch representation, as he’s willing to pay one hundred thousand dollars just to take a meeting, but Garkov has blackmail on his mind. Armed with damning evidence that the presiding judge, Faith Nichols, had a torrid affair with Aaron during another recent case, Garkov threatens to destroy Aaron’s career unless he influences Faith. Filled with suspense, twists, and turns, Losing Faith will captivate legal thriller fans everywhere.