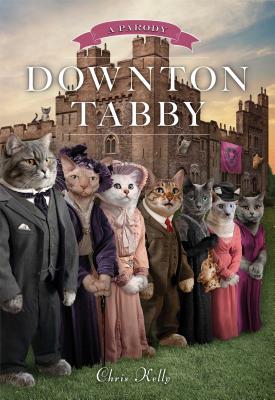 Here, the aristocrats of the animal kingdom dwell in stately splendor, sleeping, grooming, sleeping some more, and being fed by their downstairs cats, unaware that their way of life—providing work for others—is about to be swept away by the tides of history...and runaway cars.

The fur will fly.

This humorous parody provides essential information for preserving their Golden Age, including How to Keep a Secret at Downton Tabby, How to Argue with Lord Grimalkin About His Most Deeply Held Beliefs, and some Uninvited but Necessary Words from the Dowager.

"The Dowager Countess is certainly known for her wicked witticisms, but in the hands of comedy writer Chris Kelly . . . the claws really come out."
— Contra Costa Times

Chris Kelly writes for HBO's Real Time with Bill Maher. He won an Emmy for his work on Michael Moore's TV Nation. He's been an editor at Spy and the National Lampoon, a staff writer for the Late Show with David Letterman, head writer at Politically Incorrect, and a writer/producer on a half dozen network situation comedies, some long-running and some that barely aired at all.
Loading...
or
Not Currently Available for Direct Purchase