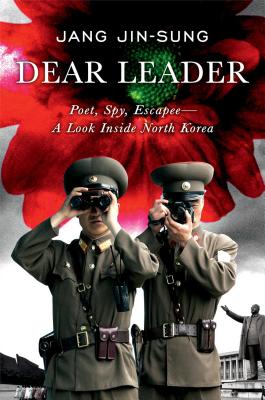 THE STORY THEY COULDN'T HACK: In this rare insider’s view into contemporary North Korea, a high-ranking counterintelligence agent describes his life as a former poet laureate to Kim Jong-il and his breathtaking escape to freedom.

“The General will now enter the room.”

Everyone turns to stone. Not moving my head, I direct my eyes to a point halfway up the archway where Kim Jong-il’s face will soon appear…

As North Korea’s State Poet Laureate, Jang Jin-sung led a charmed life. With food provisions (even as the country suffered through its great famine), a travel pass, access to strictly censored information, and audiences with Kim Jong-il himself, his life in Pyongyang seemed safe and secure. But this privileged existence was about to be shattered. When a strictly forbidden magazine he lent to a friend goes missing, Jang Jin-sung must flee for his life.

Never before has a member of the elite described the inner workings of this totalitarian state and its propaganda machine. An astonishing exposé told through the heart-stopping story of Jang Jin-sung’s escape to South Korea, Dear Leader is a rare and unprecedented insight into the world’s most secretive and repressive regime.

"Jang Jin-sung demonstrates unique insight into the lifestyle and power structures of North Korea's top elite. The tale, ending with his own dramatic escape, depicts Jang's gradual metamorphosis from total conformist, to serious doubter, to enemy of the state."

"A compelling story told with the elegance and poetry of the Orient: a page-turner that will change the way the world sees this enigmatic country."
— Susanne Koelbl

"A remarkable story of struggle and survival."
— Larry Getlen

"A look inside the mysteries of North Korea by the former poet laureate for the late Kim Jong-il. Likely to fascinate anyone who's read Adam Johnson's Pulitzer-winning novel The Orphan Master's Son."
— Jocelyn McClurg

"A singular and powerful story, rare not only in its portrait of the inner workings of Pyongyang’s elite circles, but rare because a true writer—almost unheard of in North Korea—was there to see it and to tell it.”
— Adam Johnson, author of The Orphan Master's Son

Jang Jin-sung is a former poet laureate for North Korean leader Kim Jong-il. Since leaving the country he has become a bestselling author and widely solicited commentator on North Korea. He has been awarded the Rex Warner Literary Prize and read his poetry at London’s Cultural Olympiad in 2012. He now lives in South Korea and is editor in chief of New Focus International, an authoritative website reporting on North Korea.
Loading...
or
Not Currently Available for Direct Purchase