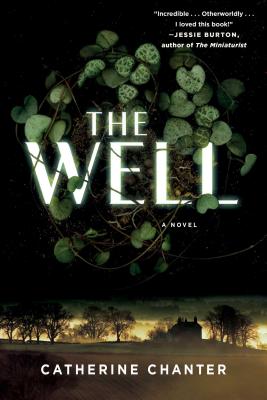 Set in a modern-day Britain where water is running out everywhere except at the farm of one seemingly ordinary family whose mysterious good fortune leads to a shocking act of violence, The Well is “extraordinary...a mesmerizing read…combining a gripping mystery, nuanced psychological drama, and striking prose” (Publishers Weekly, starred review).

When Ruth Ardingly and her family make that first long drive up from the city in their grime-encrusted car and view The Well, they are enchanted by a jewel of a farm that appears to offer everything they need: an opportunity for Ruth, an escape for her husband, and a home for their grandson. But when the drought begins, everything changes. Surrounded by thirty acres of lush greenery, the farm mysteriously thrives while the world outside crumbles under the longest dry spell in recorded history. No one, including the owners, understands why.

But The Well’s unique glory comes at a terrible price. From the envy of their neighbors to the mandates of the government, from the fanaticism of a religious order called the Sisters of the Rose to the everyday difficulties of staying close as husband and wife, grandmother and child—all these forces lead to a shocking crime. Accusations of witchcraft, wrongdoing, and murder envelop the family until their paradise becomes a prison.

A beautifully written debut novel that “channels Margaret Atwood and Gillian Flynn, creating a story that’s speculative and suspenseful” (Minneapolis Star Tribune), The Well is an utterly haunting meditation on the fragile nature of our relationships with each other and the places we call home.

Catherine Chanter is a teacher, poet, and short story writer. She is the winner of the Yeovil Poetry Prize and the Lucy Cavendish Prize awarded by Cambridge University. She grew up in the West Country before attending Oxford. The Well is her first novel.

Praise For The Well: A Novel…

“This exceptional debut channels Margaret Atwood and Gillian Flynn, creating a story that’s speculative and suspenseful.... Chanter skillfully doles out details about Ruth’s crimes like slow drips from a leaking faucet, keeping us wondering until the end whether magic or madness is the source of the Well.”

“There was so much that impressed me… The boldness with which Catherine depicts her characters in their bravery and emotional squalor was incredible... whilst she showed how we manipulate each other, she also focused on the harder, hidden truths about how in turn we want, or need, to be manipulated ourselves.... Set against the natural beauty of the Well, Catherine also paints an exquisitely painful portrait of a marriage under threat - not just from an unnerving meteorology, but the tempests of the mind.... The Well asks us where do we seek refuge, and why? And perhaps it shows us that what is left, after all is suffered, is love. Battered, weathered, at the end of the novel it comes cresting over the hill, a herald of relief. Bravo, that woman. I loved this book!”
— Jessie Burton, author of The Miniaturist

“The story has the pulse of a thriller combined with a futuristic evocation of a Big Brother society and an Ibsenite fable of humans faced with limited resources. The Well was so astoundingly assured that I wondered if AS Byatt had adopted a pseudonym... [Catherine Chanter is] a brilliant writer.”
— Allison Pearson, bestselling author of I Don't Know How She Does It, presenting the Lucy Cavendish Award

“The Well is an intense psychological thriller that frightened and entertained me for three straight nights. Catherine Chanter distills all of our terror-inducing what-ifs into an intimate story about one woman struggling to connect and hold onto something meaningful in a world turned dry and desperate. It's a powerful novel for our anxious times, and an exciting debut.”
— Edan Lepucki, New York Times bestselling author of California

“The Well is a revelation. It has a poetic, graceful, and emotionally vivid soul and the heart of a thriller. Catherine Chanter has done something remarkable here, she's written a profound meditation on belief and humanity and manages to tell a terrific story in the process.”
— Ivy Pochoda, author of Visitation Street

“This story ripples with mystery and intrigue from the first page.”

“This timely mix of environmental and psychological storytelling illustrates how in an era of increasing climate change ecological dramas become family dramas. This powerful novel is more emotional than political, but as a story foreshadowing a very possible future, it will strike a chord with readers of fiction and nonfiction alike.”

“A sure bet for fans of Margaret Atwood’s edgy dystopian fiction, Chanter’s cautionary tale of environmental mayhem and religious fervor is a provocative, tantalizing triumph.”

“A markedly assured new voice . . . a novel of increasing psychological suspense . . . Its story and narrative voice will put many readers under a deliciously shivery spell.”

“There is undeniable power – both of ideas and execution.”

“A drought-ridden, riot-threatened country; a sinister religious cult; a child's unsolved murder; and a culture of surveillance. Catherine Chanter's first novel has the ingredients of a dystopian nightmare, yet it's more a straightforward thriller - albeit a sensuously written one . . . Intimacy, whether emotional, spiritual or physical, drives this book, as well as an increasingly desperate quest for solace . . . Chanter delivers a strong, literary page-turner.”

“Chanter is a poet, and she uses words to paint vivid scenes. There are some absolutely beautiful descriptions in this book.”