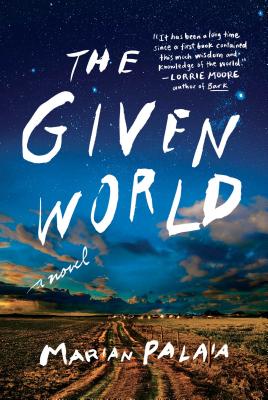 “Complex and haunting…vivid and unforgettable.” —People

“Stunning…elegant…It’s enormously refreshing to read a story that talks about complicated women with so much empathy.” —Missoula Independent

“Reverberates with the tones of a modern western—except that its tough-talking hero is a woman…all surliness and cheek…self-punishing, defiant, vulnerable.” —San Francisco Chronicle

From a quiet family farm in Montana in the 60s to the grit and haze of San Francisco in the 70s to a gypsy-populated, post-war Saigon, The Given World spins around its unconventional and unforgettable heroine, Riley. When her big brother is declared MIA in Vietnam, young Riley packs up her shattered heart and leaves her family, her first love, and “a few small things” behind. By trial and error she builds a new life, working on cars, delivering newspapers, tending bar. She befriends, rescues, and is rescued by a similarly vagabond cast of characters whose “‘unraveled souls’ sting hardest and linger the longest.” (The New York Times Book Review) Foolhardy, funny, and wise, Riley’s challenge as she grows into a woman is simple: survive long enough to go home again, or at least figure out where home is, and who might be among the living there.

Lorrie Moore said, “It’s been a long time since a first book contained this much wisdom and knowledge of the world.” The Given World is the remarkable debut of “an immense writing talent.” (Booklist)

"Stunning...elegant...It's enormously refreshing to read a story that talks about complicated women with so much empathy."

Marian Palaia was born in Riverside, California, and grew up there and in Washington, DC. She lives in San Francisco and has also lived in Montana, Hong Kong, Ho Chi Minh City, and Nepal, where she was a Peace Corps volunteer. Marian has also been a truck driver, a bartender, and a logger. The Given World is her first novel.
Loading...
or
Not Currently Available for Direct Purchase