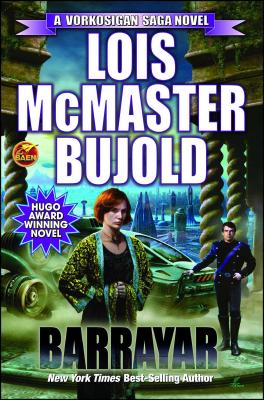 THIRD ENTRY IN A BELOVED SERIES. The Vorkosigan Saga spans over a dozen novels and has won multiple awards and sold 1.8 million copies.

Sick of combat and betrayal, Cordelia Vorkosigan is ready to settle down to a quiet life. But when the Emperor dies, her husband Aral becomes guardian of the infant heir to the imperial throne of Barrayar and the target of high-tech assassins in a dynastic civil war. But neither Aral nor Cordelia can guess the part that their cell-damaged unborn will play in Barrayar's bloody legacy. Winner of the Hugo Award.

About Lois McMaster Bujold:
“. . . all the virtues we have come to expect from Bujold, including more and more prose that sings.”—The Chicago Sun Times

“Bujold continues to prove what marvels genius can create out of basic space operatics.”—Library Journal

“Bujold is one of the best writers of SF adventure to come along in years.”—Locus Magazine