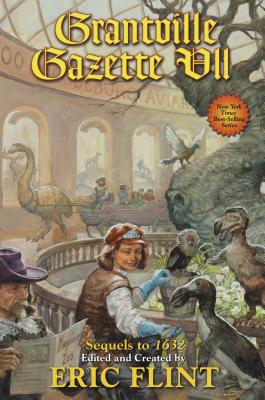 NEW YORK TIMES BEST-SELLING SERIES. The seventh anthology of tales set in Eric Flint's phenomenal Ring of Fire universe--all selected and edited by Flint. A cosmic accident sets the modern West Virginia town of Grantville down in war-torn seventeenth century Europe. It will take all the gumption of the resourceful, freedom-loving up-timers to find a way to flourish in the mad and bloody end period of the Renaissance. Are they up for it? You bet they are. Edited by Eric Flint, and inspired by his now-legendary 1632, this is the fun stuff that fills in the pieces of the Ring of Fire political, social and cultural puzzle as supporting characters we meet in the novels get their own lives, loves and life-changing stories. The future and democracy have arrived with a bang. About Eric Flint's Ring of Fire series: " Eric] Flint's1632 universe seems to be inspiring a whole new crop of gifted alternate historians."--Booklist " Eric Flint] can entertain and edify in equal, and major, measure."--Publishers Weekly

Eric Flint is a modern master of alternate history fiction, with over three million books in print in his Ring of Fire series. With David Drake he has written six popular novels in the Belisarius alternate Roman history series, and with David Weber collaborated on 1633 and 1634: The Baltic War and the Crown of Slaves Honorverse series, with latest entryNew York Times bestseller, Cauldron of Ghosts. Flint was for many years a labor union activist. He lives near Chicago, Illinois.
Loading...
or
Not Currently Available for Direct Purchase