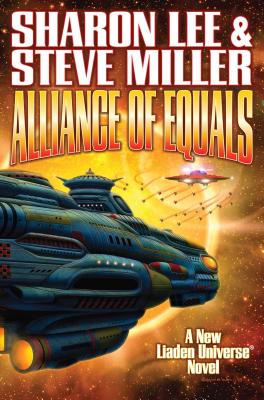 Beset by the angry remnants of the Department of the Interior, challenged at every turn by opportunists on their new homeworld of Surebleak, and somewhat low on funds, Clan Korval desperately needs to reestablish its position as one of the top trading clans in known space. To this end, Master Trader Shan yos'Galan, aboard Korval's premier trade ship, Dutiful Passage, is on a mission to establish new business associations and to build a strong primary route that links well with existing Loops and secondary routes.

But reestablishing trade and preserving the lives of the few remaining members of the clan aren't all of Korval's problems. Matters come to a head as Dutiful Passage, accustomed to being welcomed and feted at those ports on its call-list, finds itself denied docking, and blacklisted, while agents of the DOI mount armed attacks on others of Korval's traders, under the very eyes of port security systems.

Traveling with Dutiful Passage on this unsettling journey is Padi yos'Galan, the master trader's heir and his apprentice. Padi is eager to make up for time lost due to Korval's unpleasantness with the Department of the Interior. She is also keeping a secret so intense that her coming of age, and perhaps her very life, is threatened by it.

About Alliance of Equals:
" . . . continues to delight with genteel interactions between mild-spoken characters who are capable of great passions and swift actions, and its immense scope encompasses a well-realized and comfortable universe."—Publishers Weekly

About the Liaden Universe® series:
“Every now and then you come across an author, or in this case, a pair, who write exactly what you want to read, the characters and personalities that make you enjoy meeting them. . . . I rarely rave on and on about stories, but I am devoted to Lee and Miller novels and stories.”—Anne McCaffrey