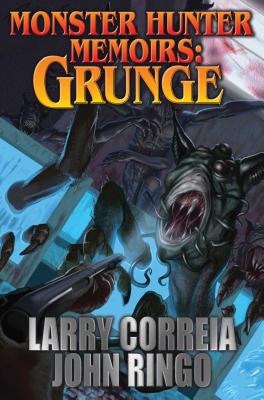 Grunge harkens back to the Golden Days of Monster Hunting when Reagan was in office, Ray and Susan Shackleford were top hunters and Seattle sushi was authentic.

Larry Correia is the Dragon Award-winning, best-selling author of the Mosnter Hunter International series, the Saga of the Forgotten Warrior series, the Grimnoir Chronicles, and the Dead Six series of military thrillers.