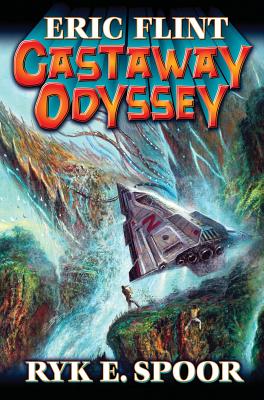 Eric Flint is a modern master of alternate history fiction, with over three million books in print. He’s the author/creator of the multiple New York Times best-selling Ring of Fire series starting with first novel 1632. With David Drake he has written six popular novels in the “Belisarius” alternate Roman history series, and with David Weber collaborated on 1633 and 1634: The Baltic War, as well as the Honorverse series entry Cauldron of Ghosts. Flint's latest Ring of Fire novel is 1636: The Ottoman Onslaught. Flint was for many years a labor union activist. He lives near Chicago, Illinois.

Ryk E. Spoor, while earning his master's degree in information science at the University of Pittsburgh, became a playtesting consultant and writer for the Wizards of the Coast, then merely a startup, now the leading publisher of role-playing games, Magic: The Gathering®, and related gaming materials. He now lives in East Greenbush, New York, working as Research and Development Coordinator for International Electronic Machines, and spends his non-writer time with his wife Kathleen, two sons, two daughters, a poodle, and a lot of chickens. Ryk is the coauthor with Eric Flint of five books in the Boundary science fiction series including Boundary, Threshold, Portal, Castaway Planet and Castaway Odyssey. His solo novels for Baen include Grand Central Arena, Spheres of Influence, Paradigms Lost, and upcoming Challenges of the Deep, as well as epic fantasies Phoenix Rising, Phoenix in Shadow, and Phoenix Ascendant.
or support indie stores by buying on
Copyright © 2020 American Booksellers Association