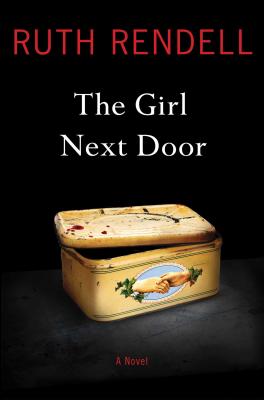 In this psychologically explosive story from “one of the most remarkable novelists of her generation” (People), the discovery of bones in a tin box sends shockwaves across a group of long-time friends.

In the waning months of the second World War, a group of children discover an earthen tunnel in their neighborhood outside London. Throughout the summer of 1944—until one father forbids it—the subterranean space becomes their “secret garden,” where the friends play games and tell stories.

Six decades later, beneath a house on the same land, construction workers uncover a tin box containing two skeletal hands, one male and one female. As the discovery makes national news, the friends come together once again, to recall their days in the tunnel for the detective investigating the case. Is the truth buried among these aging friends and their memories?

This impromptu reunion causes long-simmering feelings to bubble to the surface. Alan, stuck in a passionless marriage, begins flirting with Daphne, a glamorous widow. Michael considers contacting his estranged father, who sent Michael to live with an aunt after his mother vanished in 1944. Lewis begins remembering details about his Uncle James, an army private who once accompanied the children into the tunnels, and who later disappeared.

In The Girl Next Door Rendell brilliantly shatters the assumptions about age, showing that the choices people make—and the emotions behind them—remain as potent in late life as they were in youth.

“Rendell has for years, along with her friend P.D. James, been bringing new sophistication and psychological depth to the traditional English mystery.”
— Washington Post

“It's a pleasure to report that Ruth Rendell, at the age of 82 and after publishing more than 60 books, has given us yet another gem. A pleasure but not a surprise, since Rendell has for years, along with her friend P.D. James, been bringing new sophistication and psychological depth to the traditional English mystery.”
— Washington Post

“The characters jump off the page. The page-to-page surprises are so clever that the reader is left agape at each twist and turn. The pieces fit together brilliantly.
— Pittsburgh Post-Gazette

"Refined, probing, and intelligent.... The book is never less than a pleasure."
— USA Today

"A Joy to read."
— The Evening Standard (London)

"What I love about the prolific Rendell is her adherence to the elegant traditions of British mysteries without ignoring modern life."
— Minneapolis Star Tribune

“Using her customary spare yet decorous style and measured pace, Rendell, now in her 80s, beautifully and carefully individualizes each member of her ensemble cast, at the same time creating not a grim reminder of mortality but a picture of moribund lives renewed. A special book by a special writer.”
— Booklist (starred review)

“[Rendell] creates another riveting story with her sharp characterizations and keen sense of irony that will keep readers engaged from start to finish. Fans of psychological suspense, along with Rendell’s loyal following, will love this complex story.”
— Library Journal (starred review)

“[Rendell] has always been at her heart-stopping best when she pushes the reader out of the comfort zone with her stand-alone psychological thrillers…The Girl Next Door is vintage Rendell and a perfect celebration of her half-century…This novel reminded me of the singularity of Ruth Rendell’s talent, her effortless mastery of language and her uncanny genius for mapping a criminal mind.”
— Kate Saunders, The Times (U.K.)

“This book is extraordinarily courageous, a demonstration that fiction can take us where reportage dares not go.”
— The Independent (U.K.)

Ruth Rendell (1930–2015) won three Edgar Awards, the highest accolade from Mystery Writers of America, as well as four Gold Daggers and a Diamond Dagger for outstanding contribution to the genre from England’s prestigious Crime Writ­ers’ Association. Her remarkable career spanned a half century, with more than sixty books published. A member of the House of Lords, she was one of the great literary figures of our time.
Loading...
or support indie stores by buying on
(This book is on backorder)