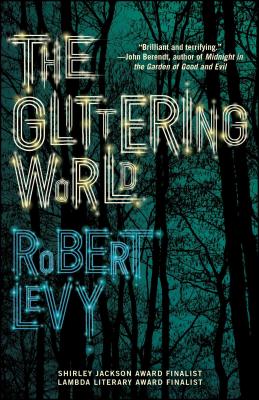 In the tradition of Neil Gaiman (The Ocean at the End of the Lane), Scott Smith (The Ruins), and Jason Mott (The Returned), award-winning playwright Robert Levy spins a dark tale of alienation and belonging, the familiar and the surreal, family secrets and the search for truth in his debut supernatural thriller.

AS A BOY, HE VANISHED INTO THE WOODS. SOMETHING ELSE CAME BACK.

It’s a long way from the grit of New York City to the stark beauty of Nova Scotia, and many years separate Blue Whitley’s only two journeys between them. One occurred at age five, when his mother stole him away from the hinterlands of Canada. Now, twenty-five years later, he’s returning to sell a house left to him by a grandmother he barely remembers. Envisioning the trip as a week of countryside leisure, Blue is accompanied by his best friend Elisa, her stalwart husband Jeremy, and Gabe, his young and admiring co-worker. Starling Cove, however, is not your typical vacation spot. Blue senses secrets withheld. Strange whispers on the wind welcome him home, and at first he finds himself staring transfixed into the woods. Then he feels them gazing back. After a shocking discovery—that Blue went missing in these forests for weeks as a child—life as he knows it begins to fall apart. And when another abduction strikes, the truth about Starling Cove begins to emerge.

Told from all four characters' points of view, through lush, evocative prose Robert Levy conjures a fascinating, sinister landscape. A unique blend of taut psychological thriller and supernatural suspense, The Glittering World is a stunning debut novel about belonging and betrayal, the mysteries of the natural world and the secrets buried deep within the human heart.

Praise For The Glittering World: A Book Club Recommendation!…

"As imaginative and frightening as a whole gallery of surrealist paintings come luridly to life."
— John Berendt, author of Midnight in the Garden of Good and Evil

"A luscious, compelling tangle of a thriller. The Glittering World maps the realms of friendship and identity, the mythic and the contemporary. I loved it."
— Kelly Link, author of Magic for Beginners

"Fast paced, yet it also succeeds as a reflective tale of self-discovery...Well crafted, atmospheric, and whimsical, this will attract readers who enjoy Neil Gaiman and Mark Z. Danielewski."
— Library Journal

"The Glittering World is a stunning phantasmagoria drawn from the world just beneath the surface, aswarm with great and memorable characters and a plot that twists and turns as it hurtles forward. A grand debut. One taste, and you'll be addicted."
— Keith Donohue, author of The Stolen Child

"Levy's first novel is confident, brave, and beautiful in every way, with resonant warmth and an understanding of the fundamentally singular human experience."
— Shelf Awareness

"Robert Levy spins a dark and mythic tale. Exquisitely allegorical, this novel seethes with menace, romance, and mystery. The Glittering World is a powerful debut."
— Laird Barron, author of The Beautiful Thing That Awaits Us All

"Robert Levy's transcendent first novel balances on the knife-edge between psychological horror and mainstream thriller — [it] deserves a place beside that of Peter Straub, Graham Joyce, and Mark. Z. Danielewski."
— Elizabeth Hand, author of Generation Loss

"Imagine True Blood crossed with Margaret Atwood. As seductive, fantastical, and menacing as any modern supernatural classic."
— Scott Cheshire, author of High as the Horses’ Bridles

"The Glittering World is that rare and wonderful kind of book that takes something old and makes it new again. Like those who disappear into the woods in this novel, once you step into these lush and mysterious pages, be prepared to return to your own world altered."
— Christopher Barzak, author of One for Sorrow

"The Glittering World is that rare thing: A literary novel that reads like a thriller. A fairy tale for the modern era."
— Joanna Rakoff, author of My Salinger Year

Robert Levy is a Harvard graduate subsequently trained as a forensic psychologist. He is also an award-winning playwright, having multiple shows developed Off Broadway. His work has been called “frank and funny” (Time), “idiosyncratic and disarming” (The New York Times), “ambitious and clever” (Variety), “smart” (Fantasy & Science Fiction magazine), and “bloody brave” (SFX magazine, UK).
Loading...
or support indie stores by buying on