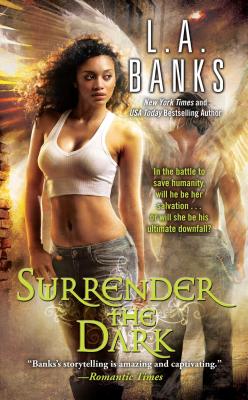 Celeste Jackson’s life has been a series of tragic occurrences. Haunted, the thirty-three-year-old woman has bounced from therapists to group homes, to drug halfway houses. Plagued by nightmares and hallucinations and misdiagnosed as schizophrenic, she is found by the angel Azrael—her protector. But as Azrael helps her to unlock her powers, and they work to amass an army of those with powers like Celeste’s in order to fight the forces of darkness, Celeste has as much to teach Azrael as he has to teach her. She’s been down the path of temptation and addiction. Now she must help Azrael overcome the one temptation that could make him an eternal prisoner—his addiction to her.

L.A. Banks was the author of the Vampire Huntress Legend series and the Crimson Moon Novels, including Left for Undead and Never Cry Werewolf. She had a bachelor’s degree from the University of Pennsylvania’s Wharton School of Business and a master’s in fine arts from Temple University. Banks considered herself a shape-shifter, writing romance, women’s fiction, crime and suspense, and of course, dark vampire huntress lore. She lived with her daughter in Philadelphia until her death in 2011.
Loading...
or support indie stores by buying on