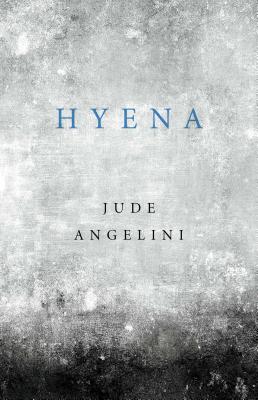 Hyena is a collection of autobiographical stories by Jude Angelini, which takes the reader on his journey of heartbreak, depravity, and hilarity, deftly moving between his adult life and his childhood growing up in a factory town outside of Detroit. Each story is told with brutal honesty, yet maintains a gallows humor that will leave you shaking your head in disbelief.

Jude is one of the top hip-hop radio hosts on Sirius Satellite radio. His self-published, print-on-demand edition of Hyena has been an indie bestseller, despite having no ebook or physical distribution. Its exploration of drugs, sex, and the human condition compares to Charles Bukowski, Hunter S. Thompson, Artie Lange, and Jim Norton. It also captures the hardscrabble culture, language, and landscape of post-industrial Detroit, from which came some of pop culture’s most compelling artists.

“Angelini’s book is like a mix of Charles Bukowski and Hunter S. Thompson, chronicling a whirlwind of belligerent wild tribulations all his own…You won’t be able to put it down, and you will come out understanding and understood.”
— Mariah Summers

Jude Angelini was born and raised in Pontiac, Michigan. He got his start as a guest and comic on The Jenny Jones Show and now hosts his own show, The All Out Show, on Sirius Satellite Radio. He loves reading Elmore Leonard, science fiction, and medieval fantasy, as well as antiquing and playing a good game of backgammon. He currently lives in Los Angeles.
or support indie stores by buying on