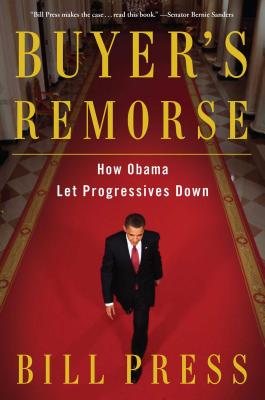 How Obama Let Progressives Down

Updated for Obama’s last year in office, the liberal syndicated radio and television host Bill Press reflects on how the Obama administration has failed and disillusioned the American left.

The bestselling liberal syndicated radio and television host Bill Press turns a critical eye on Barack Obama and assesses why his performance as president on issues liberals care deeply about has failed the American left.

Press argues efficiently that Obama may have drawn the wrong lessons from the enthusiastic crowds that swarmed around him on the campaign trail in 2008—instead of seeing the potential and desire for a stronger progressivism, Obama tried to rise above and unite the parties. The tragedy of the Obama presidency is that, by trying to be the first “post-partisan” president, he ended up being one of the weakest.

On issues as far ranging as gun safety to health care to foreign policy, Obama has let voters down by simply not doing enough or taking the wrong actions. As Press describes it, liberals began the Obama presidency with high hopes, and they now near its end with deep disappointment and a sense of buyer’s remorse.

Praise For Buyer's Remorse: How Obama Let Progressives Down…

"Bill Press makes the case why, long after taking the oath of office, the next president of the United States must keep rallying the people who elected him or her on behalf of progressive causes. That is the only way real change will happen. Read this book."
— Senator Bernie Sanders

"Bill Press speaks truth to power: on radio, on television, and in this book. And the truth is, while President Obama has done a lot of good, his Administration has let many progressives down."

"In Buyer's Remorse, Bill Press outlines why many progressives feel let down by the Obama years. On the one hand there's a massive expansion of health care, more progressive taxes and a long economic crisis, but one nowhere as bad as Europe's. But the 1 percent's hold on the economy still stands, and we see stagnating or falling wages."
— Robert Reich, former U.S. Secretary of Labor

"A stinging but not unreasonable j'accuse."
— Kirkus

Bill Press is the author of seven books and the host of radio and television’s nationally syndicated The Bill Press Show. He is a former host of MSNBC’s Buchanan and Press and CNN’s Crossfire and The Spin Room, whose professional accolades include four Emmy Awards and a Golden Mike Award. He lives in Washington, DC.
Loading...
or
Not Currently Available for Direct Purchase