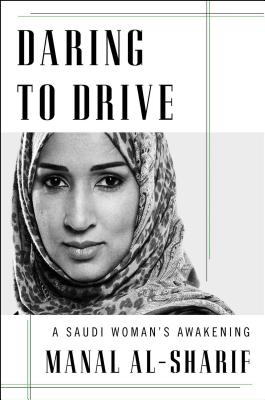 A ferociously intimate memoir by a devout woman from a modest family in Saudi Arabia who became the unexpected leader of a courageous movement to support women’s right to drive.

Manal al-Sharif grew up in Mecca the second daughter of a taxi driver, born the year fundamentalism took hold. In her adolescence, she was a religious radical, melting her brother’s boy band cassettes in the oven because music was haram: forbidden by Islamic law. But what a difference an education can make. By her twenties she was a computer security engineer, one of few women working in a desert compound that resembled suburban America. That’s when the Saudi kingdom’s contradictions became too much to bear: she was labeled a slut for chatting with male colleagues, her teenage brother chaperoned her on a business trip, and while she kept a car in her garage, she was forbidden from driving down city streets behind the wheel.

Daring to Drive is the fiercely intimate memoir of an accidental activist, a powerfully vivid story of a young Muslim woman who stood up to a kingdom of men—and won. Writing on the cusp of history, Manal offers a rare glimpse into the lives of women in Saudi Arabia today. Her memoir is a remarkable celebration of resilience in the face of tyranny, the extraordinary power of education and female solidarity, and the difficulties, absurdities, and joys of making your voice heard.

“For readers who are unaware of the dirty side of Saudi society, Daring to Drive is an eye-opening account of everything the world has missed.”
— Muslim Observer

“Sure to be a summer best-seller.... A great and empowering story.”
— Tallahassee Democrat

"We can all learn from al-Sharif’s courage and strength; I hope we are the ones who can awaken."
— Washington Independent Review of Books

Manal al-Sharif is a women’s rights activist from Saudi Arabia who was imprisoned in 2011 for driving a car. She has been lauded by Foreign Policy, Time, Forbes, and the Oslo Freedom Forum. Daring to Drive is her first book.