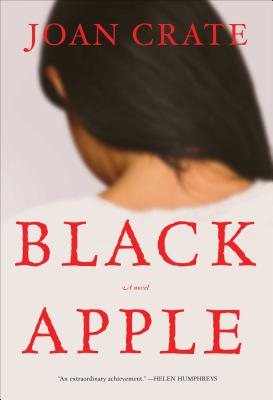 A dramatic and lyrical coming-of-age novel about a young Blackfoot girl who grows up in the residential school system on the Canadian prairies.

Torn from her home and delivered to St. Mark’s Residential School for Girls by government decree, young Rose Marie finds herself in an alien universe where nothing of her previous life is tolerated, not even her Blackfoot name. For she has entered into the world of the Sisters of Brotherly Love, an order of nuns dedicated to saving the Indigenous children from damnation. Life under the sharp eye of Mother Grace, the Mother General, becomes an endless series of torments, from daily recitations and obligations to chronic sickness and inedible food. And then there are the beatings. All the feisty Rose Marie wants to do is escape from St. Mark’s. How her imagination soars as she dreams about her lost family on the Reserve, finding in her visions a healing spirit that touches her heart. But all too soon she starts to see other shapes in her dreams as well, shapes that warn her of unspoken dangers and mysteries that threaten to engulf her. And she has seen the rows of plain wooden crosses behind the school, reminding her that many students have never left here alive.

Set during the Second World War and the 1950s, Black Apple is an unforgettable, vividly rendered novel about two very different women whose worlds collide: an irrepressible young Blackfoot girl whose spirit cannot be destroyed, and an aging yet powerful nun who increasingly doubts the value of her life. It captures brilliantly the strange mix of cruelty and compassion in the residential schools, where young children are forbidden to speak their own languages and given Christian names. As Rose Marie matures, she finds increasingly that she knows only the life of the nuns, with its piety, hard work and self-denial. Why is it, then, that she is haunted by secret visions—of past crimes in the school that terrify her, of her dead mother, of the Indigenous life on the plains that has long vanished? Even the kind-hearted Sister Cilla is unable to calm her fears. And then, there is a miracle, or so Mother Grace says. Now Rose is thrust back into the outside world with only her wits to save her.

With a poet’s eye, Joan Crate creates brilliantly the many shadings of this heartbreaking novel, rendering perfectly the inner voices of Rose Marie and Mother Grace, and exploring the larger themes of belief and belonging, of faith and forgiveness.

Joan Crate was born in Yellowknife, North­west Territories, and was brought up with pride in her Indigenous heritage. She taught literature and creative writing at Red Deer College, Alberta, for over 20 years. Her first book of poetry, Pale as Real Ladies: Poems for Pauline Johnson, has become a classic. Her first novel, Breathing Water, was shortlisted for the Commonwealth Book Award (Canada) and the Books in Canada First Novel Award in 1989. She is a recipient of the Bliss Carman Award for Poetry and her last book of poetry, SubUrban Legends, was awarded Book of the Year by the Writers’ Guild of Alberta. She lives with her family in Calgary.

"Black Apple describes life in a prairie residential school in the 1940s and 50s, in all its heartbreaking complexity. It is a compelling and powerful novel, with beautifully rendered characters, and a lyricism that speaks to Joan Crate’s background as a poet. An extraordinary achievement."
— Helen Humphreys, author of The Reinvention of Love and The Evening Chorus

“Clean, tough and tender. Near the end of the residential school system in Canada, Rose Marie enters St. Mark’s and her journey is like a raven, ragged in the wind but flying strong.”
— Eden Robinson, author of Monkey Beach, shortlisted for the Giller Prize

“Black Apple is an achievement, a novel that examines the complexities of the residential school system from the point of view of women, including a young girl who is ripped from her family and an aging Catholic nun who has seen it all. This story of girls, women and the system that controls them grips from the very first pages.”
— Dianne Warren, author of Cool Water, winner of the Governor General’s Award

“Joan Crate takes a compelling and clear-eyed look at this history, setting her coming-of-age tale at a fictionalized institution in the Prairies during the 1940s and ’50s. . . . Crate doesn’t shrink from the abuses of the residential school system, but she extends her curiosity to both the victims and the perpetrators.”

"Authentic and respectful. . . . The legacy of the residential school and how it separated child from parent is inescapable. As Crate says, it ‘felt like a domineering character.’”

“A heartbreaking tale about struggle, identity and compassion.”

“Crate’s beginnings as a poet are in evidence as she invokes the cold Prairie winters. . . . Black Apple should certainly spur discussion. And that, for a society still struggling to come to terms with a shared and troubled history, is its gift.” Toronto Star

“An an emotional powerhouse. . . . This may be just a work of fiction, but the story inside is a must read for all of Canada."

“A strong addition to the body of literature that grows in the wake of this shameful history. . . . Black Apple has an important place on the shelf… demonstrating the cathartic power of literature to teach, reflect and possibly heal.”
or
Not Currently Available for Direct Purchase
Copyright © 2020 American Booksellers Association