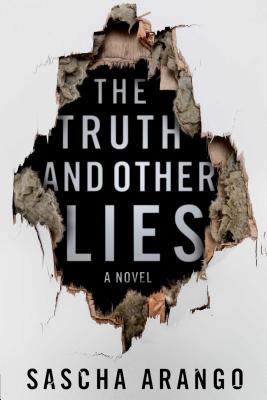 The Truth and Other Lies

“Henry Hayden has it all: loving wife, faithful dog, money, fame, and the respect of those lucky enough to be called his friends. Henry is actually someone who will go to extreme lengths to protect the one thing that truly matters to him: himself. When his mistress tells Henry that she is pregnant, the news sets off a chain of events that causes Henry to commit the biggest mistake of his life and forces him to stay one step ahead of the law. Arango's novel is twisty, cynical, and brilliant.”
— Teresa Steele (E), Old Firehouse Books, Fort Collins, CO
View the List

A literary crime thriller with “a clever plot that always surprises, told with dark humor and dry wit” (The New York Times Book Review, Editor’s Choice), this brilliant debut follows a famous author whose wife—the brains behind his success—meets an untimely death, leaving him to deal with the consequences.

Henry Hayden seems like someone you might admire, or even come to think of as a friend. A famous bestselling author. A loving and devoted husband. A generous and considerate neighbor. But Henry Hayden is a construction, a mask. His past is a secret, his methods more so. Only he and his wife know that she is the actual writer of the novels that made him famous.

When his hidden-in-plain-sight mistress becomes pregnant, it seems his carefully conceived façade is about to crumble. And on a rain-soaked night at the edge of a dangerous cliff, his permanent solution becomes his most terrible mistake.

Now not only are the police after Henry but his past—which he has painstakingly kept hidden—threatens to catch up with him as well. Henry is an ingenious man, and he works out an ingenious plan, weaving lies, truths, and half-truths into a story that might help him survive. Still, the noose tightens.

Smart, sardonic, and compulsively readable, this is the story of a man whose cunning allows him to evade the consequences of his every action, even when he’s standing on the edge of the abyss.

Praise For The Truth and Other Lies: A Novel…

“Arango has constructed a clever plot that always surprises, told with dark humor and dry wit and bustling with apercus that show no sign of jet lag from Imogen Taylor’s clean translation.”

“A wickedly good first novel about a sociopathic drifter who becomes famous by selling the manuscripts he finds under a female pickup's bed."

“Sasha Arango's THE TRUTH AND OTHER LIES is like no other book you will read this summer.”

"A cross between James M. Cain and Patricia Highsmith, with a wide streak of sardonic humor, this is one wicked tale. You keep waiting for the author to slip, plot-wise, but, as with his protagonist, you wait in vain. German screenwriter Arango's first novel is superior pulp, with schemers all around and plenty to say about fame, identity, and mortality."

“Arango uses dark humor to probe the depths of human depravity in Henry’s borderline psychotic profile. Fans of psychological thrillers will be eager to see whether Henry’s increasingly detailed spin job will protect him or if the chaos he has created will blow his own cover.”

"Witty, elegant, lethal: these describe equally well The Truth and Other Lies and its irresistible protagonist, Henry Hayden. Evil has never been so much fun."
— Joseph Kanon, New York Times bestselling author of Leaving Berlin

“The Truth and Other Lies moves from vivid, immersive scene to vivid, immersive scene, including several tour de force set-pieces (including a scene with a marten which will make your skin crawl every time you remember it), featuring, at its core, a well-developed enigma of a focal character…compelling summer reading."

“It's a sheer pleasure to read such a clever book….dark, funny, captivating… [with a] villain in the vein of Patricia Highsmith's Tom Ripley, a book you won't soon forget.”

"A house of mirrors of intrigue that ends with a delicious twist. The finest crime novel I have read this year."

“What Arango throwsat the reader is not the expected…Five stars out of five (I’d give six if Icould.),”

Sascha Arango is one of Germany’s most prominent screenplay writers and a two-time winner of the Grimme Prize, a prestigious award for German television, for his work on the long-running detective series Tatort. His first novel, The Truth and Other Lies, will be published in more than thirteen countries in 2015. He lives in Germany.
Loading...
or
Not Currently Available for Direct Purchase