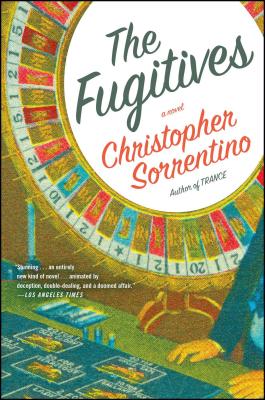 “A mischievously funny, keenly incisive, and mind-bending outlaw tale” (Booklist, starred review) about love and obsession, loyalty and betrayal, race and identity, and compulsion and free will.

Writer Sandy Mulligan is in trouble. To escape his turbulent private life and the scandal that’s maimed his public reputation, he’s retreated from Brooklyn to a quiet Michigan town to finish his long-overdue novel. There, he becomes fascinated by John Salteau, a native Ojibway storyteller who regularly appears at the local library.

But Salteau is not what he appears to be—a fact suspected by Kat Danhoff, an ambitious Chicago reporter who arrives to investigate a theft from a local Indian-run casino. Salteau’s possible role in the crime could be the key to the biggest story of her stalled career. Bored, emotionally careless, and sexually reckless, Kat’s sudden appearance in town immediately attracts a restive Sandy. All three are fugitives of one kind or another. And in their growing involvement, each becomes a pawn in the others’ games—all of them just one mistake from losing everything.

Moving, funny, tense, and mysterious, The Fugitives is at once a love story, a ghost story, and a crime thriller. It is also a cautionary tale of twenty-first century American life—a meditation on the meaning of identity, on the role storytelling plays in our understanding of ourselves and each other, and on the difficulty of making genuine connections in a world that’s connected in almost every way. Exuberantly satirical, darkly enigmatic, and completely unforgettable, The Fugitives is “an entirely new kind of novel with exceptional interior monologues animated by deception, double-dealing, and a doomed affair that lends an air of existential dread to the story” (Los Angeles Times).

Christopher Sorrentino is the author of five books, including the National Book Award Finalist Trance. His work has appeared in Esquire, Granta, Harper's, The New York Times, Tin House, and many other publications. He lives in New York City.
Loading...
or
Not Currently Available for Direct Purchase