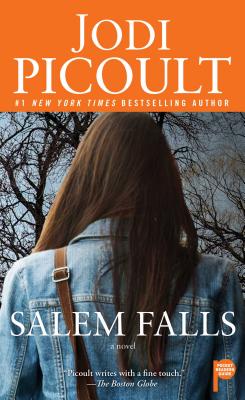 From #1 New York Times bestselling author Jodi Picoult comes a compelling and disturbing novel about a prep school teacher accused of rape by a group of young girls, the woman who stands by him, and the repercussions of the case in a small, New England town where the past is only a heartbeat away.

Love can redeem a man…but secrets and lies can condemn him.

A handsome stranger comes to the sleepy New England town of Salem Falls in hopes of burying his past: Once a teacher at a girls’ prep school, Jack St. Bride was destroyed when a student’s crush sparked a powder keg of accusation. Now, washing dishes for Addie Peabody at the Do-Or-Diner, he slips quietly into his new routine, and Addie finds this unassuming man fitting easily inside her heart. But amid the rustic calm of Salem Falls, a quartet of teenage girls harbor dark secrets—and they maliciously target Jack with a shattering allegation. Now, at the center of a modern-day witch hunt, Jack is forced once again to proclaim his innocence: to a town searching for answers, to a justice system where truth becomes a slippery concept written in shades of gray, and to the woman who has come to love him.

Jodi Picoult received an AB in creative writing from Princeton and a master’s degree in education from Harvard. The recipient of the 2003 New England Book Award for her entire body of work, she is the author of twenty-six novels, including the #1 New York Times bestsellers House Rules, Handle With Care, Change of Heart, and My Sister’s Keeper, for which she received the American Library Association’s Margaret Alexander Edwards Award. She lives in New Hampshire with her husband and three children. Visit her website at JodiPicoult.com.
or
Not Currently Available for Direct Purchase
Copyright © 2020 American Booksellers Association