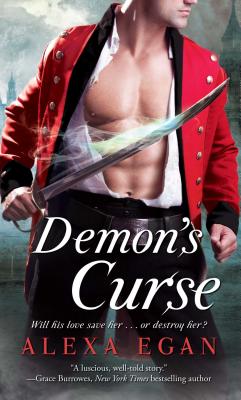 A fast-paced and captivating debut—the first in the dark and sexy Imnada Brotherhood series about shape shifters in Regency-era England.

One of the mythical race of shape-shifting Imnada and a member of an elite military unit, Captain Mac Flannery suffers under a ruthless curse. As the result of a savage massacre on the eve of Waterloo, he and the men he served with are forced to live the hours of darkness trapped as their animal aspects. Now one of them has been murdered, and Mac suspects the existence of the Imnada may finally have been discovered. His only link to unearthing the truth—Bianca Parrino, the beautiful actress whom every man desires.

. . . to his forbidden desires

Forging a new life for herself after escaping the clutches of her abusive husband, Bianca is again drawn into violence when a dear friend is brutally murdered and she becomes a suspect. Forced to place her trust and her life in Mac’s hands as they flee a determined killer, Bianca cannot deny she is falling for the mysterious soldier. But will his dark secrets tear them asunder? Or will love be the key to breaking even the cruelest of spells?